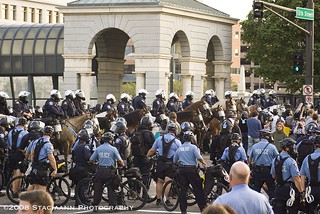 3rd Infantry’s 1st BCT trains for a new dwell-time mission. Helping ‘people at home’ may become a permanent part of the active Army

Now they’re training for the same mission — with a twist — at home.

Beginning Oct. 1 for 12 months, the 1st BCT will be under the day-to-day control of U.S. Army North, the Army service component of Northern Command, as an on-call federal response force for natural or manmade emergencies and disasters, including terrorist attacks.