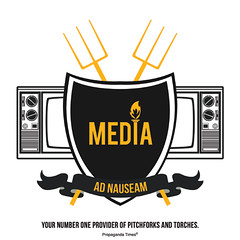 Posted previously on my old blog. So, in case you’ve missed it or would like to watch it again, here it is.

The classic Canadian documentary Manufacturing Consent based on the Noam Chomsky/Edward Herman book by the same name. Explores the propaganda model of the media.

Edward S. Herman (co-author with Noam Chomsky of “Manufacturing Consent’): All the problems of the propaganda media model we talked about in the book have grown worse; new media like Real News show potential but need funding for more investigative journalism