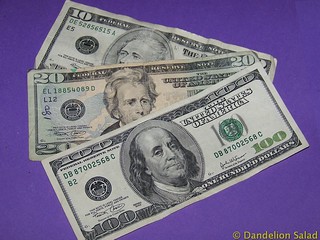 It is said that people living in war zones become so acclimated to horror and destruction that they hardly even notice it after a while. While a car bomb in Manhattan would bring the entire city to a standstill, one in Baghdad probably goes unnoticed by everyone except those immediately affected by it. Unfortunately, much the same can be said about the American economy these days. Disasters have become so commonplace that they hardly even register in the average American’s consciousness anymore.

Case in point, did you happen to notice that the largest bank failure of the year happened last week causing the FDIC to run out of money? In ordinary times, this would be considered a really, really big deal. The FDIC is supposed to be the last line of defense against a run on the nation’s banks. Now, not only do we continue to see banks going under on a daily basis, but the government agency that was designed to back-stop the entire banking system is out of money too. Doesn’t anyone find this at least mildly alarming? Judging by the amount of news coverage the story got, apparently not.

Of course, we all know that the FDIC won’t be allowed to fail. Now that it has run out of money, it will join the long list of institutions which continue to exist thanks only to the printing presses of good old Uncle Sam. And why not? After all, what’s another hundred billion among friends?

For a long time, I have been predicting the collapse of the US dollar. It is just basic commonsense that you can’t go on printing money indiscriminately without eventually causing the value of that money to fall. There was one aspect of the financial crisis, however, that caught me completely by surprise. When the world found itself on the brink of Armageddon – a crisis caused, in the largest part, by the economic missteps of the United States – people stampeded INTO rather than OUT OF the US dollar.

For most of the last century, whenever financial panics took hold, people went running for cover and took refuge in the US dollar. The US economy was the largest and most robust on the planet, and the American financial authorities were considered the most capable and prudent. In fact, US government debt was considered so safe that the yield on Treasuries was referred to as the “risk-free” rate of return.

Fifty years ago, looking to the dollar for safety was a rational choice. And since human beings are creatures of habit, they will continue to do what worked in the past until they are presented with undeniable evidence that the world has changed. So, far from being a vote of confidence in the prospects of the US economy, the recent mad scramble into dollars represents nothing more than a reflexive, fear-based response.

Ironically, after having survived the “worst financial crisis since the Great Depression”, the recovery that ensues may turn out to be the catalyst for the collapse of the US dollar. With a growing consensus that the worst is behind us, the rationale for buying dollars is diminishing, while the rationale for selling dollars increases by the day.

By now everyone is familiar with the fear that other nations will eventually refuse to continue funding the perpetually unbalanced finances of the United States. Two years ago, it would have been unheard of for China to question the supremacy of the US dollar. Even if they harbored doubts, it was considered suicidal to voice them, since the Chinese would be harmed more than anyone by a declining dollar. Now, we hear officials from China (and other nations) questioning the dollar and criticizing the state of our finances on a regular basis.

At the same time, the borrowing demands of the US government have risen beyond anyone’s imagination. Having never before seen a federal budget deficit of even one trillion dollars, we may end up racking up a two trillion dollar deficit this year.

Take China as an example. Prior to the crisis, the primary concern of the Chinese authorities was to prevent their economy from expanding too rapidly. In an economy with growth rates two or three times as high as ours, inflation is the main hazard. In such an environment, the government’s main challenge is to prevent the economy from overheating, and the way to do this is to raise interest rates.

When the crisis hit, China and other emerging economies took it on the chin. Their economies were hit far harder than our own. As a result, the perpetual threat of overheating was temporarily negated. However, now that these economies are coming back to life, preventing inflation will once again become a primary concern, and rising interest rates will likely become necessary.

It is this dynamic that may lead to the ironic outcome that while the crisis failed to destroy the dollar, the recovery will. The US government has to borrow hundreds of billions of dollars every year just to pay the interest on the existing debt. Throw in our exploding budget deficits and the long-term imbalances of Medicare and Social Security, and the borrowing requirements of the US are growing uncontrollably. If, in the meantime, economies around the world get back on their feet, the US will have to compete harder to keep attracting the needed capital. This will ultimately lead to one of two possible outcomes. Either the US will have to raise taxes and interest rates – which would choke off a recovery by increasing foreclosures and bankruptcies – or the government will “monetize the debt” – i.e. the government will simply print more money and lend it to itself, which would lead to a further erosion of the purchasing power of the dollar.

Given the nature of our political system, it should be obvious that if push comes to shove, our government will choose the latter. Thus, the ultimate irony of this whole episode is that while we may have weathered the storm, the return of global prosperity may be the death blow for the dollar.

Lending A Hand To Our State and Local Economies, Part 3: Leveling the Financial Playing Field

The Secret of China’s Miracle Economy: The Government Owns the Banks Rather than the Reverse by Dr. Ellen Brown

One thought on “American Economy: The Hazards of Recovery by Josh Sidman”