A breathtakingly powerful Mafia is running away with the world as we knew it. We now have indiscriminate killings, torture and deprivation of civil rights. We have unbound aggression on countries that present an obstacle to U.S. global power. We have colossal negligence of the environment, we have an impending economic disaster (although band-aided over for the moment in order to protect Big Money, at the expense of the taxpayers) where the poor people are the first to suffer, although this fact is barely mentioned in the mainstream media. We have an erosion of the legal system and complete disregard for the Constitution.

END_OF_DOCUMENT_TOKEN_TO_BE_REPLACED

Listening to the commentators and political analysts on the lamesream media can quickly become infuriating. I’m not talking about Glenn “Crybaby” Beck or Sean  Hannity or even Bill O’Reilly, I’m talking about  Rachel Maddow, Keith Olbermann  and others that are supposed to represent the “Progressive” side of television journalism.

It’s not that I don’t detest the crew on FOX, I do, but I just know what they are all about and therefore their rhetoric doesn’t surprise me. In fact, I sometimes tune in to FOX just to be entertained by the outrageous. I probably would be disappointed if they didn’t deliver, and ninety-nine percent of the time, they live up to my expectations. On the other hand, Keith Olbermann and Rachel Maddow truly infuriate me. It’s not because of their views; it’s because of what they choose to talk about.

END_OF_DOCUMENT_TOKEN_TO_BE_REPLACED

Lincoln Gordon died a few weeks ago at the age of 96. He had graduated summa cum laude from Harvard at the age of 19, received a doctorate from Oxford as a Rhodes Scholar, published his first book at 22, with dozens more to follow on government, economics, and foreign policy in Europe and Latin America. He joined the Harvard faculty at 23. Dr. Gordon was an executive on the War Production Board during World War II, a top administrator of Marshall Plan programs in postwar Europe, ambassador to Brazil, held other high positions at the State Department and the White House, a fellow at the Woodrow Wilson International Center for Scholars, economist at the Brookings Institution, president of Johns Hopkins University. President Lyndon B. Johnson praised Gordon’s diplomatic service as “a rare combination of experience, idealism and practical judgment”.

END_OF_DOCUMENT_TOKEN_TO_BE_REPLACED

The Viva Palestina aid convoy entered Gaza Wednesday, after it received the approval of Egyptian authorities to bring into the besieged, impoverished coastal sliver several tons of humanitarian supplies.

Fifty-nine vehicles were not allowed into the strip but the supplies were unloaded and taken through by the activists.

END_OF_DOCUMENT_TOKEN_TO_BE_REPLACED 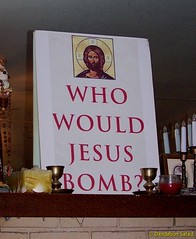 “It is better to light one candle than to curse the darkness.” — Chinese proverb

END_OF_DOCUMENT_TOKEN_TO_BE_REPLACED

Here are some reports from the Derry 5. One is from last night after the attack but only received today, the other is from a few hours ago: END_OF_DOCUMENT_TOKEN_TO_BE_REPLACED

Peace activist Cindy Sheehan discusses the Peace of the Action anti-empire protests beginning in March in Washington, DC, how current US wars are outlasting the public’s attention span and the need for focused antiwar goals to prevent division among allies and derision in the media.

Welcome To Twenty-Ten: The Year Of Resistance! by Cindy Sheehan

Former FBI contract translator-turned-whistleblower Sibel Edmonds discusses the corruption of “political termite” former Republican Speaker of the House Dennis Hastert, the systemic rot indicated by the disappearance of accountability and oversight in all levels of US government, pervasive political self-dealing and foreign espionage based in Chicago, bribes and lucrative salaries given to current and former US politicians by Turkish operatives, ignorant or apathetic voters that keep voting for incumbents, the special set of ethical and legal exceptions given to Israel and the bribery and espionage investigations that have targeted Dan Burton, Bob Livingston, Jane Harman and others in Congress.

END_OF_DOCUMENT_TOKEN_TO_BE_REPLACED

Over the weekend, a march of thousands of Israelis through Tel Aviv marked the end of 10 days of protest in the region against the siege on Gaza. Activists in Cairo, the port of Al- Arish, Tel Aviv, the Northern border with Gaza, and in the Occupied Palestinian cities of Nablus, Ramallah, and Bethlehem brought global attention to the current situation and the effect of the ongoing closures on the Gaza strip.

Philip Weiss is the co-editor of Mondoweiss, a news website covering American foreign policy in the Middle East, chiefly from a progressive Jewish perspective. He is an investigative journalist who has written for The New York Observer, The Nation, New York Times Magazine, and Harper’s Magazine among others. He also wrote the 2004 book American Taboo: A Murder In The Peace Corps.

END_OF_DOCUMENT_TOKEN_TO_BE_REPLACED

We interview Greek Prime Minister George Papandreou about climate change and greenhouse gas emission, socialism, democracy and much more. As the head of Greece’s Socialist Party, Papandreou became prime minister in October after the Socialists trounced the center-right government in national elections, winning 44 percent of the vote, their largest victory ever. Papandreou is also the president of Socialist International, a coalition of national Socialist parties. [includes rush transcript]

END_OF_DOCUMENT_TOKEN_TO_BE_REPLACED

Sounds like a good Socialist thing to do.  Wonder if the left can join them in their general strike?  We don’t like the health care (insurance) plan either.  ~ DS

END_OF_DOCUMENT_TOKEN_TO_BE_REPLACED

Barack Obama, the fourth U.S. president to win the Nobel Peace Prize, joins the others in the long tradition of peacemaking so long as it serves U.S. interests.

All four presidents left their imprint on “our little region over here that has never bothered anybody,” as U.S. Secretary of War Henry L. Stimson characterized the hemisphere in 1945.

Given the Obama administration’s stance toward the elections in Honduras in November, it may be worthwhile to examine the record.

President Barack Obama separated the United States from almost all of Latin America and Europe by accepting the military coup that overthrew Honduran democracy last June.

The coup reflected a “yawning political and socioeconomic divide,” The New York Times reported. For the “small upper class,” Honduran President Manuel Zelaya was becoming a threat to what they call “democracy,” namely, the rule of “the most powerful business and political forces in the country.”

via Presidential ‘Peacemaking’ in Latin America — In These Times

Honduras: The Coup That Never Happened by Tyler Shipley

Noam Chomsky: History of US Rule in Latin America