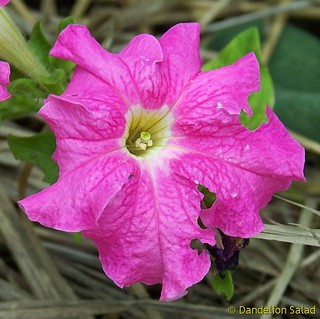 The genesis of Mother’s Day in the U.S.A. began when Anna Jarvis, an Appalachian homemaker, organized a day to raise awareness of poor health conditions in her community and fifteen years later, Julia Ward Howe, a Boston poet, pacifist, suffragist, and author of the lyrics to the “Battle Hymn of the Republic,” organized a day encouraging mothers to rally for peace.

As mothers bear the loss of human life more acutely than anyone else, in 1870, Julia Ward Howe wrote the first Mother’s Day Proclamation, from which I excerpt:

Arise then…women of this day!
Arise, all women who have hearts!
Whether your baptism be of water or of tears!
From the voice of a devastated Earth a voice goes up with
Our own. It says: “Disarm! Disarm!
The sword of murder is not the balance of justice.
Blood does not wipe our dishonor; nor violence indicate possession. At the summons of war let women now leave all that may be left of home for a great and earnest day of counsel.
Let them meet first, as women, to bewail and commemorate the dead.
Let them solemnly take counsel with each other as to the means
Whereby the great human family can live in peace;
Each bearing after his own time the sacred impress, not of Caesar;
But of God.

In the 21st century, patriarchal ‘civilization’ persists in the insanity of violence for violence and Caesar today can be understood as the Government Industrial Military Security/Surveillance Complex, which could collapse when enough of we the people rose up and confronted our ‘leaders’ and demanded they change course from state sponsored violence to dialoguing with our ‘enemy’ and to seek justice as the way to peace.

We the people in America are responsible for most all of the world’s manufacturing, use of, and exporting of weapons of all degrees of destruction which terrorize every innocent caught in the crossfire.

In 1999, the UN dedicated the first decade of the 21st century to Create a Culture of Nonviolence for All Children of The World.

America abstained from voting on the 1999 initiative of the United Nations to dedicate a Decade of Creating a Culture of Peace and Nonviolence for the Children of the World. I also learned that America is on the record in the UN as stating: “We cannot support this initiative as it will make it harder for us to wage war.”

The hearts and minds that require the most transformation are the ones that hold the most power; but power never gives any away without a fierce battle.

“Our society is run by insane people for insane objectives. I think we’re being run by maniacs for maniacal ends…I believe that as soon as people want peace in the world they can have it. The only trouble is they are not aware they can get it.”

“We hold these truths to be self-evident: That all are created equal and endowed by their creator with certain unalienable rights [and] that, to secure these rights, governments are instituted among men [and women], deriving their just powers from the consent of the governed; and, whenever any form of government becomes destructive of these ends, it is the right of the people to alter or to abolish it.” -The Declaration of Independence

During that 2005 conference in the little town of Bethlehem: Occupied Territory, American Israeli and Founder of Israeli Committee Against House Demolitions, Jeff Halper, spoke about how we all need to look at life as a play and it is up to the individual to claim a part and when enough ‘actors’ pursue justice and and remain nonviolent, ‘Caesar’ will be forced to acquiesce in order to maintain power.

Also during that conference, Anglican Reverend Naim Ateek, a Palestinian refugee and founder of SABEEL [http://sabeel.org] Ecumenical Liberation Theology Center in Jerusalem, spoke about how the use of state sponsored violence corrupted the true message of Christ.

Ateek explained how Christ’s teachings and life reflected the revolutionary concept of nonviolent action and how thousands of years of not reflecting upon the fact that evil can be opposed without being mirrored, and the cycle of a ‘tooth for a tooth, an eye for an eye’, never has, never will, never can bring true peace or security.

Christ taught that one must forgive and love ones enemies and one must pray for those who persecute and hate them. In a nutshell, that is what being a Christian is truly about.

Before the reign of Emperor Constantine, all the early Church Fathers taught that Christians should not serve in the army but instead willingly suffer rather than inflict harm on any other human being. St. Paul taught that the only way to resist evil is with good. Clement, Tertillian, Polycarp and every other early Church Father taught that violence contradicts Christianity.

In 313 Constantine sought to unite his empire and by legitimizing Christianity-although he waited until on his death bed to be baptized- many have said that was when the soul left the church. Within 100 years after Constantine, the Empire required that all soldiers in the army must be baptized as Christians and thus, the decline of Christianity began.

Augustine was the first Church Father to speak about the concept of a Just War. The Church relaxed the standards Jesus set as they negated the true teaching of Christ to justify war and thus; wrong became right, for a true Christian will always be nonviolent.

“The God of war, violence, oppression and terror must be rejected. Authentic Christianity is nonviolent and is all about peace, justice and liberation.” – Rev. Naim Ateek.

Candidate George W. Bush once claimed his favorite philosopher was Jesus, but President Bush and his supporters defied the philosophy, ethics, morals and teaching of Jesus who was explicit that one must forgive, pray and love one’s enemies; not bomb, torture or occupy them.

The problem is not with Christianity, but that too few who claim to be Christian, have actually done what Christ taught. Christians claim to comprehend that God is Love, and

Also at the Bethlehem conference, Dr. Mohamed Abu-Nimer from the Salam Institute of Peace and Justice stated,

“All the Abrahamic traditions are based in nonviolence, it is our lenses that determine whether we see it. Like Christianity the concept of a Just War took root and developed after lots of discussions dealing with how to deal with believers and nonbelievers.

“The first twelve years Mohamed spent in Mecca he practiced nonviolent resistance. He was persecuted but always prayed: ‘God forgive them, they do not know what they are doing.’

“Mohamed taught against the killing of innocents, the desecration of the environment and for the humane treatment and respect towards one’s enemies. Suicide bombings are not justified and those who try to justify it negate the early principals and teachings regarding nonviolence, the pursuit of justice, doing good, universality and human dignity, equality, that all life is sacred, to be forgiving and be a peace maker.”

As with Christianity, the ideals have yet to transform the hearts and minds of many followers. In explaining this gap Dr. Abu-Nimer continued,

“We are quick to blame the external factors such as colonialism, war, humiliation, Zionism and economic dependency. But what we lack is looking internally for we Muslims love authority, bureaucracy, loyalty and our core government system is based on nepotism not ability. There is corruption, co-optation of religious leaders, the patriarchal structure and hierarchy, the authoritarian control system, and the tribal mentality.

“We are not raised in our culture to question authority and if you engage in nonviolence you must resist authority. Our first step is to challenge our own presumptions…We have 5,000 sayings attributed to Mohamed and 700 authentically traced. The politicalization of his teachings began the corruption of his teachings.

“Every Muslim child is exposed to positive values as well as interpretations that are narrow and exclusive. An example is: ‘We are the best nation that God sent to people.’ If we truly follow the ideals of Islam, we are, but reality is that the ideals have been corrupted by wrong actions.

“Many interpret the saying: ‘Support your brother if he is just, right or wrong’ to mean you must be loyal regardless of his actions and don’t ask questions. The true way to support one’s brother [or tribe] is to point out the error of his [their] ways; to explain to him why he is wrong, to correct but not fight.”

St. Paul expressed the same sentiment: “Do not judge the nonbeliever, but provoke one another to good works.”

“Islam was revolutionary at its time but it went backwards. There is no lack of values; the lack is in interpretation…Islam must reclaim what Mohamed put down. It is a myth to believe that the conflict between Israel Palestine can be fixed by secular methods.”

Gandhi spoke about how personal nonviolence is not much use to society until one weds society to political action. It is not enough to speak TRUTH to power because power doesn’t care; but history proves that the most hopeless situations all of a sudden just changed for the better because forces for justice had persisted with truth on their side.

Peace is a verb; it is who you are and what you do:

Arise then, from the voice of a devastated Earth,
With a voice in solidarity that demands Disarm! Disarm!
For the sword of murder is not the balance of justice.
And blood does not wipe our dishonor,
Nor violence indicate possession.
Let all people of good will and of conscience bewail and commemorate the dead,
And may the great human family in nonviolent solidarity live in peace,
Each bearing after his own time the sacred impress,
NOT of Caesar; But of God.

Military personnel who were sent to Iraq and whose mothers will never see them again has been officially acknowledged at over 4,715. Over 1,747, have also been slaughtered in Afghanistan as of this writing. [2]

The Costs to American Taxpayers to sustain the Israeli-Palestinian Conflict tops $3 Trillion as of this writing. [4]

Only in Solidarity do “we have it in our power to begin the world again.”-Tom Paine

Eileen Fleming,
Founder of WeAreWideAwake.org
A Feature Correspondent for Arabisto.com
Author of “Keep Hope Alive” and “Memoirs of a Nice Irish American ‘Girl’s’ Life in Occupied Territory”
Producer “30 Minutes with Vanunu” and “13 Minutes with Vanunu”
http://www.youtube.com/user/eileenfleming

Israel: The Politics of Faith and a Land of Conflict