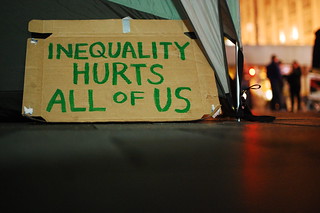 [Note: posted previously with another video but thought it deserved its own post.]

We feel instinctively that societies with huge income gaps are somehow going wrong. Richard Wilkinson charts the hard data on economic inequality, and shows what gets worse when rich and poor are too far apart: real effects on health, lifespan, even such basic values as trust.