“Disarmament, with mutual honor and confidence, is a continuing imperative. Together we must learn how to compose differences, not with arms, but with intellect and decent purpose.” Eisenhower, 1961 Military Industrial Speech

While we send our love and support to those so horribly impacted by the earthquake and tsunami, we must not allow this shock to divert us from the tsunami headed our way. Our business and political leaders will try to use this terrible catastrophe as a diversion to hoodwink us into budgetary reductions that will fatten their wallets and leave us and our children devastated.

END_OF_DOCUMENT_TOKEN_TO_BE_REPLACED

(SOAPBOX #94) – Cindy’s first guest is activist Karen Tostado.  Her main website is United We Strike.  She’s also developing another web site, Taxfree15.com.  She contributes many worthwhile & cogent insights […] and ideas.  Check it out!

Cindy’s next guest is former Economic Hitman John Perkins, who discusses events in Libya plus the Shamanic movement and its influence of Shamanic spirituality on the non-violent popular revolution in Latin America – and on the Robber class’ (= corporatocracy’s) profound FEAR of the emergence of a “Good Example” there (i.e., any form of social organization that doesn’t concentrate the wealth in the hands of the upper 0.1% of the population and thus all the real power in society).

END_OF_DOCUMENT_TOKEN_TO_BE_REPLACED

For the last news, video reports and articles on Bahrain, please see this tag, Bahrain.

This article and photos may contain language and images depicting the reality and horror of war/violence and should only be viewed by a mature audience. 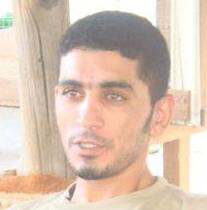 Bahraini man Ahmed Farhan was shot in the head by Saudi soldiers as he lay fatally wounded on the ground. He was singled out for the brutal killing simply because he was carrying the Bahraini national flag in his car, witnesses say.

Thirty-year-old Ahmed had the misfortune of going to refuel his car at a petrol station on the outskirts of his hometown, Sitra, when it came under attack from heavily armed troops belonging to the Bahraini Defence Force and Saudi army. The soldiers, backed by armoured cars and tanks, were firing live rounds and raiding homes in the mainly Shia town in northeastern Bahrain – military operations that have become a daily event here in towns and villages across Bahrain.

END_OF_DOCUMENT_TOKEN_TO_BE_REPLACED

At 8.30am this morning around fifty settlers, some masked and armed with
guns, descended from Yitzhar settlement onto the Palestinian village of
Assira Al Qibliya. International observers from the UK and Ireland witnessed
the settlers threw rocks at homes and people on the outskirts of the village
injuring one local, who is being treated in hospital.