These photos are from a Bahraini photographer whose name cannot be given for personal safety. The Bahraini regime is trawling through media interviews and broadcasts identifying people who have spoken out against the US-backed monarchy, and subsequently detaining these people in unknown conditions. Over 600 people have been unlawfully detained in Bahrain since the US-supported Saudi-led military crackdown was launched on March 16 against the pro-democracy movement. Up to 100 persons remain missing, according the Bahrain Centre for Human Rights. At least four people have died in custody, their bodies showing signs of torture. Caption details by Finian Cunningham. 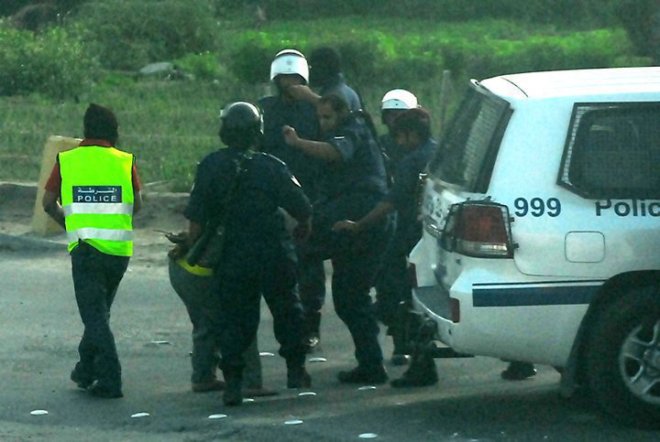 Two men being assaulted by masked police outside village of Karranah. 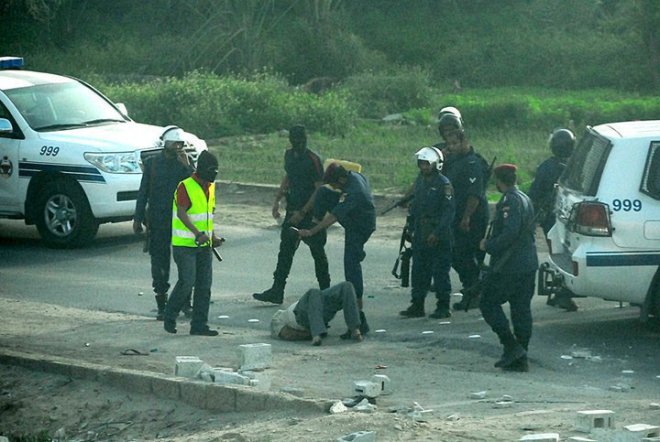 This kind of attack is happening all the time across Bahrain on Shia population. 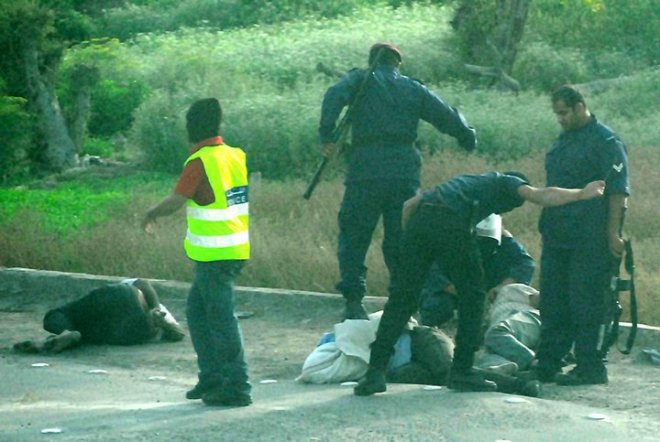 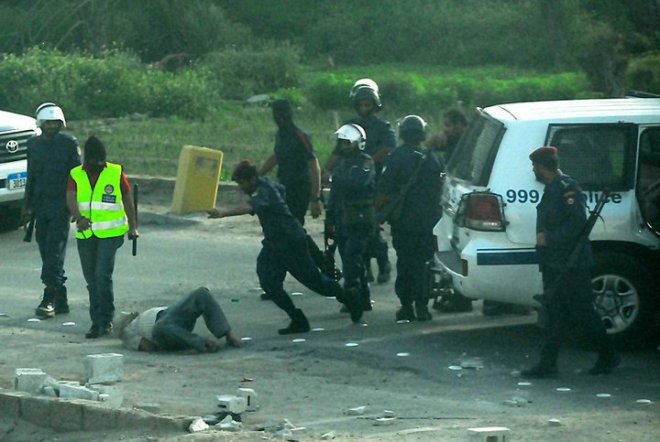 People are singled out for attack simply on basis of being Shia, from a Shia village, having a Shia name, wearing a black shirt (black is often worn by Shia for religious reasons), and for having a Bahraini national flag in the car – ironically considered a symbol of protest, disloyalty to the nation. 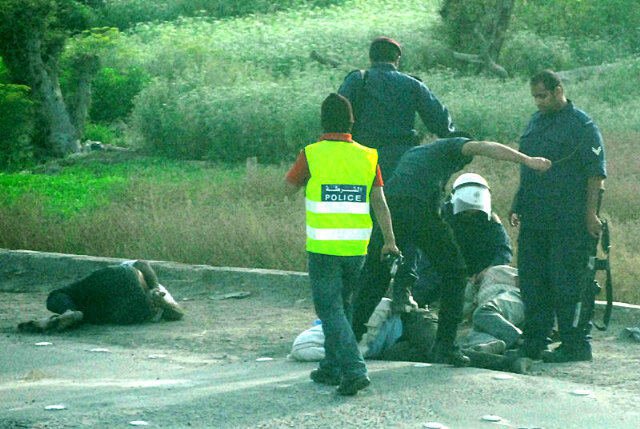 Finian Cunningham is a journalist and musician www.myspace.com/finiancunninghammusic.

The US silence on Bahrain, Al Jazeera and Al Arabiya media blackout, Egyptian protesters burning the Israeli flag, armed gangs using live fire on neighborhoods in Syria, the Libyan revolution, NATO and Obama commenting on Libya war, Yemen revolution, the use of depleted uranium in Libya war and much more issues are reviewed in this edition of Reality Check with Kaveh Taghvai.

The US, Gulf Kings and Brutal Repression in Bahrain

Adam Hanieh: US policy in region based on Gulf Cooperation Council ability to suppress opposition