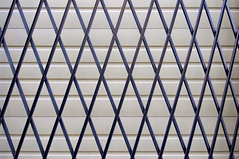 Wilkerson: For Truth, Justice and the American Way

Lawrence Wilkerson, Collin Powell’s former Chief of Staff, reflects on his life journey from “cold warrior” to harsh critic of US foreign policy

War is Not About Truth, Justice and the American Way

Lawrence Wilkerson Pt2: I learned that war was about power, politics and commercial advantage

Decline of the Empire

Lawrence Wilkerson on Collin Powell and the end of the empire

Predatory Capitalism and War for Oil

Larry Wilkerson: The first Gulf War made me begin to understand that our military strategy was all about oil

Cheney, 9/11 and The New American Century

Lawrence Wilkerson: Cheney and his team saw 9/11 as an opportunity to advance their real agenda

Lawrence Wilkerson Pt6: Colin Powell’s job was to “clean the crap” off the oval office carpets; intelligence was being fixed around the policy of going to war

Lawrence Wilkerson Pt7: Before Powell’s UN presentation I wrote my resignation but didn’t submit it

A Security and Finance State that Dominates the American People

Lawrence Wilkerson Pt8: I don’t know if our grandchildren will live in a democratic republic

Michael Parenti: The Face of Imperialism

President Dwight D. Eisenhower’s Farewell Address In Which He Warns Americans About The Military Industrial Complex (1961)

10 thoughts on “Lawrence Wilkerson: War is Not About Truth, Justice and the American Way”