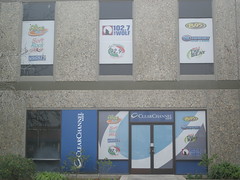 END_OF_DOCUMENT_TOKEN_TO_BE_REPLACED

I don’t remember much about my high school years. Some of the highs (few in number) come back to me but it was mostly lows which probably explains why I don’t remember much. It’s not that I was dumb, I just had no motivation, but I was interested in history, jazz and politics (thanks to my parents) and even won a prize for a history essay as well as starting up the school’s first jazz appreciation society (not appreciated by the school I might add, the head of music tore down my posters).

END_OF_DOCUMENT_TOKEN_TO_BE_REPLACED

Cutting through the disinformation and spin, Sibel Edmonds and Pepe Escobar reveal back stories about the conflict in Syria that are not reported in the mainstream media.  Edmonds has deeps sources in Turkey, Iran, Syria, and the US policy community, and has broken a number of recent developments at Boiling Frogs Post.  Pepe Escobar has also done great enterprise reporting and analysis at Asia Times.  END_OF_DOCUMENT_TOKEN_TO_BE_REPLACED