I did some channel surfing one night, since the college hoops game was a blowout. I checked out MSNBC and heard the word Republican mentioned 100 times. I went to Fox News on cable and heard the word Democrat mentioned 100 times. Of course, along with all this Republican vs. Democrat crap thrown at me, they concentrated on the newest horserace garbage… as if it really matters, right? Or, are you one of those who think it does matter? Well then, read on….

END_OF_DOCUMENT_TOKEN_TO_BE_REPLACED

“Occupy.com, which means to occupy the commons, will go online later this month,” reported Michael Levitin, a 35-year-old founding editor of the Occupied Wall Street Journal. He spoke on March 16 at an event in Santa Rosa, California, hosted by the forthcoming Occupied Press—North Bay/Prensa Ocupada—Bahia Norte.

END_OF_DOCUMENT_TOKEN_TO_BE_REPLACED 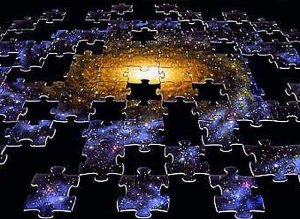 The Crisis in Cosmology

Today’s crisis in Cosmology is perhaps best demonstrated by an apparently accelerating expansion of the universe where a ‘Dark Energy’ must be postulated to justify this extraordinary acceleration apart — an energy that itself defies both explanation and the Law of Conservation of Energy.

END_OF_DOCUMENT_TOKEN_TO_BE_REPLACED

“Towards a World War III Scenario: The Dangers of Nuclear War“ by Prof. Michel Chossudovsky is a book that cuts through the chaos and deception to show the reader exactly how and why humanity is facing an existential threat. It is a wake-up call that the world is being pushed towards catastrophic conflict.

END_OF_DOCUMENT_TOKEN_TO_BE_REPLACED

One of my first jobs as a junior reporter was to meet flights bringing famous people to Australia. Growing up in a country far from everywhere (except, as my father would say, “where you come from”), I was led to believe that Australia’s honour was at risk unless a well-known person from Over There said something flattering about us, preferably the moment they arrived at Sydney airport. There was a designated list of attributes they could comment on. These were: the weather, the beaches, the harbour, the harbour bridge, the happy people, the beer. When an exhausted Elizabeth Taylor stepped off her piston-engined flight from California and faced the mandatory barrage of questions, she replied: “Where am I, for Christ’s sake?”

END_OF_DOCUMENT_TOKEN_TO_BE_REPLACED

After Chris Hedges finished speaking at the 2012 Left Forum in New York City, my comrade Dusty and I caught up with him at a nearby coffee shop. We of course spoke about the environmental crisis, and we also explored Chris Hedges’ views on nonviolence.

Since the recent controversy over his statements about black bloc, some have been quick to dismiss Chris Hedges altogether. I don’t believe that this is the best way to handle him and his views. You may not agree with his strategies and pronouncements, but Chris Hedges raises some valid points that we must grapple with, especially since they are views shared by a large number of people in this country. END_OF_DOCUMENT_TOKEN_TO_BE_REPLACED