There is no Fourth Estate in Ireland 2012.

There never was a Fourth Estate in Ireland.

END_OF_DOCUMENT_TOKEN_TO_BE_REPLACED

It would be an incautious stretch to suggest any sort of parity between Watergate and the unfolding Lutfallah II arms shipment-to-Syria drama, that each day brings more revelations. But some of what we are daily learning about the who, what and why of Lutfallah II reminds some of us of a Watergate, type atmosphere including  “bit by bit, drip by drip” revelations,  denials, setting up fall guys and remarkable examples of incompetence.

END_OF_DOCUMENT_TOKEN_TO_BE_REPLACED

Congressman Dennis Kucinich today asked Americans to consider what kind of a country they want to live in — a country where our friends and neighbors have enough food to eat or a nation that wages unending warfare. The question comes as recent news reports point to a proposal to cut food assistance for hungry families to fund the Department of Defense.

END_OF_DOCUMENT_TOKEN_TO_BE_REPLACED

by Philip A. Farruggio
Featured Writer
Dandelion Salad
May 6, 2012

I’m sorry, but I am convinced beyond reproach that we are all part of some giant dream. I mean, this cannot be real! All one has to do is what I just did this Tuesday morning; channel surf all the so called  news talk shows on the boob tube. I started out with Imus, quite appropriately, on the Bloomberg business channel. After all, Donny baby has been a shill for the super rich and famous for decades. His right wing crew of phony blue collar rebels, with the ghosts of ”Rudy Rudy, USA USA” echoing in the background is enough to give any rational person agita. END_OF_DOCUMENT_TOKEN_TO_BE_REPLACED

While British Defence Secretary Philip Hammond was in Berlin earlier this week touting global NATO ahead of the military alliance’s summit in Chicago two weeks from now, he urged Germany to overcome its “historic reluctance” to waging military aggression in Europe and around the world. Regarding the West, a case of what oft was thought, but ne’er so – candidly – expressed.

END_OF_DOCUMENT_TOKEN_TO_BE_REPLACED

Francois Hollande is the new president of France – yet he’s never really tasted power in a lifetime of Soclialist politics.

END_OF_DOCUMENT_TOKEN_TO_BE_REPLACED

Tonight I have the honor of speaking to another of our generations brightest and best, the genius of Michael Parenti.

A true visionary, Parenti has been working tirelessly for decades to break the paradigm of political orthodoxy and bring us to a clearer vision of the realities we face under Capitalism and Empire.

END_OF_DOCUMENT_TOKEN_TO_BE_REPLACED

Army soldiers violently crushed a week-long sit-in outside the Ministry of Defense, the headquarters of the ruling military junta. Clashes broke out after army soldiers beat protesters at the security barricades. The latest violence in Cairo comes at the end of a bloody week, where a dozen Egyptians were killed and hundreds injured. Nearly 20 foreign and Egyptian journalists were beaten and arrested during the raid on the sit-in. The Military Council blamed thugs and hooligans for causing the violence after it warned demonstrators against marching on military buildings. The latest street battle overshadows the upcoming presidential elections, which military generals claim is the last phase of the so-called transition to civilian rule.

Since the sit-in was destroyed, hundreds of people of been arrested or have disappeared. The Military Council imposed a 7 am to 11 pm curfew in the Abbassya district where the clashes took place. The pro-government neighborhood has been militarized by army tanks and checkpoints.

END_OF_DOCUMENT_TOKEN_TO_BE_REPLACED

The Ghost of Osama bin Laden swirled into the Oval Office where Barack Obama was spending the evening going over a pile of requested sign-offs for drone missions.

Osama’s Ghost: “Mind if we have a conversation one year after you dispatched my body to the ocean sharks?”

END_OF_DOCUMENT_TOKEN_TO_BE_REPLACED

Steffen Lehndorff speaks about the book, A Triumph of Failed Ideas: European models of capitalism in the crisis (Brussels: European Trade Union Institute, 2012). Steffen Lehndorff is Senior Researcher at the Working Time and Work Organisation Department at IAQ, University of Duisburg-Essen, Germany.

The current crisis in Europe is being labelled, in mainstream media and politics, as a ‘public debt crisis’. The present book draws a markedly different picture. What is happening now is rooted, in a variety of different ways, in the destabilisation of national models of capitalism due to the predominance of neoliberalism since the demise of the post-war ‘golden age’. Ten country analyses provide insights into national ways of coping — or failing to cope — with the ongoing crisis. They reveal the extent to which the respective socio-economic development models are unsustainable, either for the country in question, or for other countries.

END_OF_DOCUMENT_TOKEN_TO_BE_REPLACED 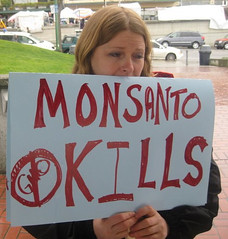 Something strange and ominous is happening to young people, especially women but also to lesser numbers of men. They are dying of sudden heart attacks (acute myocardial infarction, AMI) without the classic symptoms of heart disease, chest pain or blocked arteries. They die quickly, as though blind-sided by a devastating accident.

END_OF_DOCUMENT_TOKEN_TO_BE_REPLACED

The White House
Office of the Press Secretary