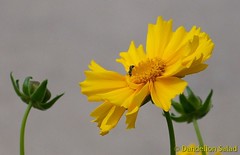 John Liu, who was involved in the massive Chinese Loess Plateau restoration project, now turns his eyes towards Rwanda in this inspiring example of permaculture observation and action.

Chris Hedges: They seek to exploit life for short-term profit

6 thoughts on “Hope in a Changing Climate + Rwanda: Forests of Hope”