DemocracyNow.org – When Democracy Now! senior producer Mike Burke attempted to interview billionaire casino magnate and Republican donor Sheldon Adelson inside the Republican National Convention, a woman identified as Adelson’s daughter grabbed our video camera, tried to take it into a private suite and then threw the camera to the ground. END_OF_DOCUMENT_TOKEN_TO_BE_REPLACED

END_OF_DOCUMENT_TOKEN_TO_BE_REPLACED 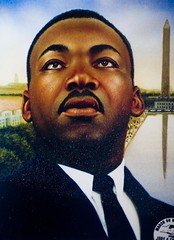 END_OF_DOCUMENT_TOKEN_TO_BE_REPLACED

Last Thursday, one day before leaving the sin city, in our temporary suitcase-filled rental apartment, I gave an interview to Lew Rockwell on Classified Woman and much more. I say much more because despite all the chaos I was unusually relaxed and open during this interview. Part of it had to do with my interviewee; someone I respect-someone who understands, and if you listen to this show you’ll find another reason (why I chose Mr. Rockwell as one of the first recipients of advanced copies of my book).

END_OF_DOCUMENT_TOKEN_TO_BE_REPLACED

The Rome Radical Left daily, Il Manifesto, recently headed a recent article about European politics (which I have summarized here) with the name of Emile Roemer. The 50-year old Roemer is the leader of Holland’s leftwing Socialist Party (SP), a man almost unknown in much of Europe even though today he is the most popular politician in The Netherlands and favored to win national elections on September 12. A Socialist victory there would represent a major electoral turn-about in The Netherlands. The sudden rise in popularity of the leftwing Socialists in Holland is attributed to the left’s opposition to the rightwing government’s proposal for austerity policies calling for a 13 billion euro budget cut in order to reduce the national deficit to less than 3% of the GDP, as per the Fiscal Compact decided and imposed on European Union members by the non-elected technocrats of the EU in nearby Brussels…

END_OF_DOCUMENT_TOKEN_TO_BE_REPLACED

In this episode, Max Keiser and Stacy Herbert discuss the fact that we’re all cows eating candy during the global liquidity drought and yet Central Bank ‘farmers’ can’t see the ill-effects because the stock markets are at four year highs. In the second half of the show, Max Keiser talks to Dmitry Orlov about 2013: revolutionary travel advisories, economic and supply chain collapse and food stamp lines at Wal-Mart.

END_OF_DOCUMENT_TOKEN_TO_BE_REPLACED

Battered and bruised by austerity, Athens has begged the EU for ‘breathing space’. Regardless of whether Greece is given more time, its tactic to fight debt will remain the same: agressive austerity, privatization and cuts. However, Andrew Gavin Marshall [previously] from the Centre of Research on Globalization thinks those reforms will do much more harm than good.

END_OF_DOCUMENT_TOKEN_TO_BE_REPLACED

The UN-Arab League’s new peace envoy to Syria, Lakhdar Brahimi, says he is not confident about the prospect of restoring peace in Syria. After giving his first major public comment on the conflict, it is not surprising to hear the veteran Algerian diplomat voicing his lack of confidence.

This is because he is either completely misinformed on the violence in Syria; or, more likely, because Brahimi is deliberately misinforming the rest of the world about the problem at hand.

END_OF_DOCUMENT_TOKEN_TO_BE_REPLACED

A consumer advocate, lawyer and political activist, Ralph Nader first made headlines in 1965 with his book Unsafe at Any Speed, which led to congressional hearings and passage of a series of automobile safety laws. Nader went on to build a national network of citizen groups that have had a significant impact in such areas as tax reform, nuclear energy, healthcare and safety programs. Named by The Atlantic as one of the 100 most influential figures in American history, Nader ran for president [actually four times], including in the controversial 2000 election. The best-selling author’s upcoming title is The Seventeen Solutions.

END_OF_DOCUMENT_TOKEN_TO_BE_REPLACED 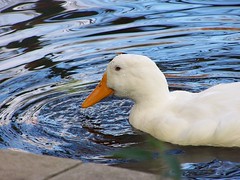 END_OF_DOCUMENT_TOKEN_TO_BE_REPLACED

Two landmark developments on August 16th give momentum to the growing interest of cities and counties in addressing the mortgage crisis using eminent domain:

(1) The Washington State Supreme Court held in Bain v. MERS, et al., that an electronic database called Mortgage Electronic Registration Systems (MERS) is not a “beneficiary” entitled to foreclose under a deed of trust; and