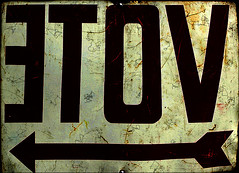 END_OF_DOCUMENT_TOKEN_TO_BE_REPLACED

The moment I emerge above ground from the South Ferry Station in lower Manhattan I must appear lost. I’m not lost just disoriented, which happens from time to time when I arise from the subterranean bowels of the New York City subway system. The man standing at the corner asks, “Need a cab? “No.” I reply. “I need 55 Water Street. “ The cabbie points, “Two blocks down—on the right.” And off I go. I’m embarrassed to say I’ve never been to the Vietnam War Memorial in New York or Washington, D.C. for that matter.

END_OF_DOCUMENT_TOKEN_TO_BE_REPLACED

WASHINGTON, Oct 16 2012 (IPS) – Although the place and time of the next round of talks on Iran’s nuclear programme have not yet been announced, the manoeuvring by Iran and the United States to influence the outcome has already begun.

Iran sought support for a revised proposal to the talks during the United Nations General Assembly (UNGA) last month, according to a New York Times report Oct. 4. Then, only a few days later, the Barack Obama administration launched a preemptive attack on the proposal through New York Times reporter David Sanger.

END_OF_DOCUMENT_TOKEN_TO_BE_REPLACED

It was sporadic service from last Tues to Sat, then a serviceman came to fix it on Sat and made it worse, believe or not.

Made another appointment with another serviceman and he replaced the cable line to the utility pole and replaced the modem. And it’s up and running again.