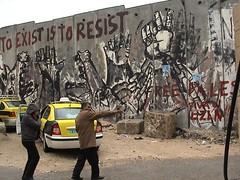 “I should of, I could of” made a shorter film, but I was angry, very angry. I felt that we are so bombarded by this propaganda about terrorists and what terrorism is, that I wanted to take as much space as I could about RESISTANCE, and the right of the Palestinians to RESIST” Donia Mili, Director and Producer of Uprooted.

Israel and Palestine: A Short History

A Deadly Déjà Vu–Operation Pillar of Cloud by Clive Hambidge

5 thoughts on “Uprooted – A documentary film by Donia Mili (repost)”