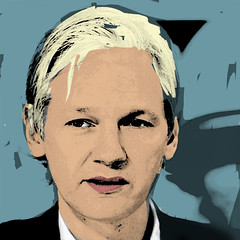 Note: I did find a partial transcript. http://rt.com/news/assange-drone-killing-leak-813/.

Julian Assange to Bill Maher: ‘You Can Be Killed By Someone in White House For Completely Arbitrary Reasons’ and that’s why we need Wikileaks.

Julian Assange: The Push For the War With Iran Is Far From Over

Chris Hedges: NDAA: This Is The Final Battle Between The Restoration Of Due Process and The Imposition Of A Military State (updated)

Julian Assange’s Christmas address from the Ecuador embassy in London