Is the Catholic Church ready for a black pope? That is the question many inside and outside the world’s largest Christian organization are asking following the surprise resignation of Pope Benedict XVI this week.

The German pontiff, formerly known as Cardinal Joseph Ratzinger before he was elected in 2005, is the first leader of the Catholic Church in 600 years to retire before death. Most of his predecessors, who trace their official lineage back nearly 2,000 years to Saint Peter, the first pope, have died while still in the top job.

END_OF_DOCUMENT_TOKEN_TO_BE_REPLACED 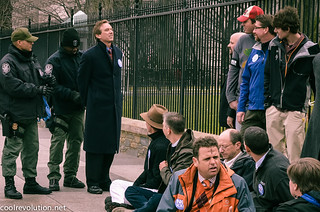 END_OF_DOCUMENT_TOKEN_TO_BE_REPLACED

As Congress struggles through one budget crisis after another, it is becoming increasingly evident that austerity doesn’t work. We cannot possibly pay off a $16 trillion debt by tightening our belts, slashing public services, and raising taxes. Historically, when the deficit has been reduced, the money supply has been reduced along with it, throwing the economy into recession. After a thorough analysis of statistics from dozens of countries forced to apply austerity plans by the World Bank and IMF, former World Bank chief economist Joseph Stiglitz called austerity plans a “suicide pact.”