The human suffering in Syria, which has escalated from crisis to disaster over the past two years, is the nefarious work of Western governments and their regional allies.

It is a simple, provable, glaringly obvious truth. Yet, the thought-control Western mainstream media manage to somehow turn reality on its head, and make a virtue out of something vile and unspeakably villainous.

END_OF_DOCUMENT_TOKEN_TO_BE_REPLACED 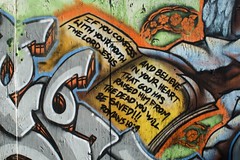 END_OF_DOCUMENT_TOKEN_TO_BE_REPLACED

Beneath the Western media façade of “unpredictable” and “aggressive” North Korea, the real source of conflict in the present round of war tensions on the Korean Peninsula is the US. Washington is presented as a restraining, defensive force. But, in reality, the dangerous nuclear stand-off has to be seen in the context of Washington’s historical drive for war and hegemony in every corner of the world.

END_OF_DOCUMENT_TOKEN_TO_BE_REPLACED

Michael Hudson: Obama’s “bargain” on social security reform will push more retirees into poverty in exchange for a minor increase in high end income tax – a class that receives most revenue from capital gains.

END_OF_DOCUMENT_TOKEN_TO_BE_REPLACED

Over the years I’ve remarked that what Americans do to food is not just growing, cooking and eating it but what I call “weaponizing” it.

END_OF_DOCUMENT_TOKEN_TO_BE_REPLACED

Joseph Minarik (former chief economist of the Office of Management and Budget for eight years during the Clinton Administration) and economist Richard Wolff take on President Obama’s proposed changes to Social Security.