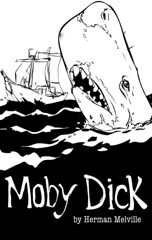 The most prescient portrait of the American character and our ultimate fate as a species is found in Herman Melville’s “Moby Dick.” Melville makes our murderous obsessions, our hubris, violent impulses, moral weakness and inevitable self-destruction visible in his chronicle of a whaling voyage. He is our foremost oracle. He is to us what William Shakespeare was to Elizabethan England or Fyodor Dostoyevsky to czarist Russia.

A chapter excerpt: Chris Hedges and Herman Melville Assault the Fruits of ‘Enlightenment’

Chris Hedges: What Is The Most Effective Way To Mobilize Against These Entities? I’m For Anything That Fucks The System Up!

Chris Hedges: They seek to exploit life for short-term profit