There has been an epidemic of outrage in the United Kingdom over the last few days, most of it coming from the great and not so good.  The original cause was the alleged chemical weapons attack in Syria.  With no hard evidence as to what the attack involved and who was actually responsible, our leaders had no hesitation in blaming President Assad, and suddenly we were awash with demands for ‘intervention’, military of course, as if the West hadn’t been intervening from the start.

END_OF_DOCUMENT_TOKEN_TO_BE_REPLACED

They say absolute power corrupts absolutely. That adage applies more than ever to the president of the United States, his administration and the Wall Street flunkeys that sit in Congress.

But the corruption extends beyond the usual meaning of a dysfunctional moral compass to include the incapacity for intelligent reasoning and self-reflection. END_OF_DOCUMENT_TOKEN_TO_BE_REPLACED 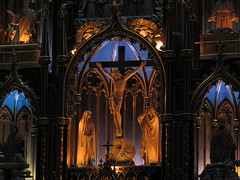 The film centers on a group of actors in Montreal, Canada who are gathered by Daniel, an actor hired by a Roman Catholic site of pilgrimage (“le sanctuaire”) to present a Passion play in its gardens. — https://en.wikipedia.org/wiki/Jesus_of_Montreal