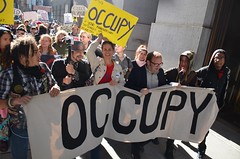 Powerful governments are waging a war on whistleblowers and those involved in publishing their material. Edward Snowden has been granted temporary asylum in Russia, Manning has been convicted of espionage and is awaiting sentencing, and Julian Assange has been granted asylum by Ecuador but cannot step outside its London Embassy. It’s clear that the actions of whistleblowers and their publishers – ‘traitors’ as they are known to some – have come at a significant personal cost, and while the human drama of these stories is engrossing, the focus should be on the very real issues they’ve raised: surveillance, press freedom, privacy, secrecy, and accountability.

The roles of governments and corporations in the future of the internet, and their use and abuse of data, have been put under the global spotlight. In the wake of Manning, Snowden and Wikileaks, we finally have the scope to properly debate the need for government transparency and the trade-off between privacy and security.

Watch our expert panel discuss the implications of the war on whistleblowers for the main actors, and the consequences if that war is lost for the rest of us.

END_OF_DOCUMENT_TOKEN_TO_BE_REPLACED

Sitting in the office of the AFL-CIO president, Richard Trumka, one sees books on labor history, economics, corporate crimes and proposals for change piled up everywhere. Perhaps that helps explain why Mr. Trumka, a former coal miner who became a lawyer, presented his besieged organization’s quadrennial convention in Los Angeles last week with a fiery visionary “big tent” design to develop more alliances with citizen and worker organizations that are not trade unions.

END_OF_DOCUMENT_TOKEN_TO_BE_REPLACED

They speak of democracy, but act violently to suppress dissenting voices and control the people through the inculcation of fear: they ignore human rights and trample on the people, they are a tyrannical wolf in democratic sheep’s clothing, causing suffering and misery to thousands of people throughout Ethiopia. The Ethiopian People’s Revolutionary Democratic Front (EPRDF) government repeatedly scoffs at international law and consistently acts in violation of their own Federal constitution – a liberal document written by the regime to please and deceive their foreign supporters. END_OF_DOCUMENT_TOKEN_TO_BE_REPLACED