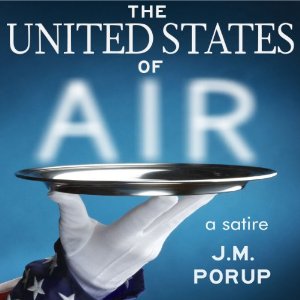 As a multiple-Nobel-Prize-winning scientist and author, I have watched the attacks on the NSA with growing dismay. How dare these food-eating scum slander the National Sewer Agency like this?

Ever since we passed the glorious Amendment banning the cultivation, distribution, sale and possession of addictive caloric substances–”food” in ghetto street lingo–the National Sewer Agency has been working overtime to root out food terrorists cells wherever they are hiding in this great nation of ours. The NSA scours our sewers looking for even the tiniest trace of illegal caloric consumption. Edward Snowden’s exposure of our secret toilet taps–snakelike cameras installed in everyone’s toilet–has devastated our ability to catch these evildoers!

You know what the scariest thing about a food terrorist is? Do you? They look and act just like you and me. It’s impossible to tell who is a secret eater, hoarding bags of polished white rice–the heroin of foodstuffs–in their basement. Why, just the other day I found out one of my closest advisers was a food terrorist!

But I didn’t let that stop me from doing the right thing. The Food Courts made quick work of him. He’s now sitting in a Fat Camp in upstate New York, learning the hard way how to eat air.

Because nothing must stand in the way of the right of every citizen of this great country to eat air. Airitarianism is the American Way–I mean, the Airitarian Way!

Ever since you elected me President by a landslide, I’ve been delivering on my campaign promise to slim down the government–and the Airitarian people, too. By the time my first term is over, not a single calorie will remain within our borders!

But I need your help. A dangerous menace lurks in our society, tempting our young ones away from the path of righteousness with hot dogs, sugary treats, bowls of lentils and corn! The Food Mafia, run by Fatso, the Godfather of Food, operates an illegal food distribution ring right here in DC–that’s the District of Crap–right under our very noses!

I have a hundred thousands agents over at the ATFF (the Bureau of Alcohol, Tobacco, Firearms & Food) going door to door across our great land in search of this evil mastermind, but he is nowhere to be found.

Go the Power of Air!

P.S. And whatever you do, avoid The United States of Air at all costs. It’s a satire that mocks me and this great country of ours! Because of this dastardly book, the human race may never reach the next stage of human evolution–to eat the sacred oxygen ordained for us by God himself! Again, that title was The United States of Air. Also available as a free audiobook from podiobooks.com. Avoid it at your peril!

Stop Watching Us: The Video

Julian Assange: Edward Snowden Safe But Journalists Dealing With Him At Risk