December 23rd, 2013, marks the 100th anniversary of the Federal Reserve, warranting a review of its performance. Has it achieved the purposes for which it was designed?

END_OF_DOCUMENT_TOKEN_TO_BE_REPLACED

The Essays of The Man From the North by Rivera Sun
Writer, Dandelion Salad
December 22, 2013

END_OF_DOCUMENT_TOKEN_TO_BE_REPLACED

Image by Greg Webb via IAEA Imagebank via Flickr

“Why has this not made national headlines??? The Aircraft Carrier Ronald Reagan is nuclear powered. Radiation detection equipment did not pick up on this?? Why have these sailors and marines medical records been removed from permanent tracking. Criminal implications galore. This should be all over mainstream media. Someone please forward all these ene reports to the media…. Tepco is the lowest of snakes. Hari Kari for the lot of em!!” – Comment on enenews, August 15, 2013, by “timemachine2020”

END_OF_DOCUMENT_TOKEN_TO_BE_REPLACED 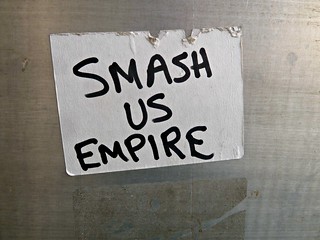 In destroying country after country, the US Empire is doing well. One devastated country after the other has made it clear that any country which pursues independent sovereign policies and attempts to better its own position and the state of its people becomes a target for the US Empire. END_OF_DOCUMENT_TOKEN_TO_BE_REPLACED