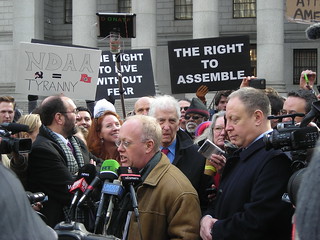 On this, the holiday edition of the Global Research News Hour, we present a talk by Chris Hedges.

He is also the best-selling author of several books including War Is a Force That Gives Us Meaning which was a finalist for the National Book Critics Circle Award for Nonfiction, American Fascists: The Christian Right and the War on America, Death of the Liberal Class and his most recent Days of Destruction, Days of Revolt (2012) which forms the basis for the talk you’re about to hear.

Hedges’ talk centres on how radical movements have been historically dismantled by the State, including through the institution of the Liberal Class, which he calls a safety valve for preserving capitalism.

A self-described socialist, Hedges launched a law-suit in 2012 against members of the US government claiming that section 1021 of the National Defense Authorization Act allowed the president authority to detain suspects indefinitely without habeus corpus.

For non-profit use only.

Full Q&A: Chris Hedges: Only Way To Get Rich Is To Be Unethical #OWS

Chris Hedges: Credibility of the Ruling Elite is Being Shredded, Part 2

9 thoughts on “Chris Hedges: The Psychosis of Permanent War “Effectively Gets the Masses To Call For Their Own Enslavement””