Mr. Rozoff is an International affairs commentator and manager of Stop NATO.

END_OF_DOCUMENT_TOKEN_TO_BE_REPLACED

This week the world rewound more than a century – with the announcement that the European Union is to send troops to Central Africa.

This development has ominous resonance with how imperial rivalry historically played out in Africa and which eventually led to world war.

END_OF_DOCUMENT_TOKEN_TO_BE_REPLACED 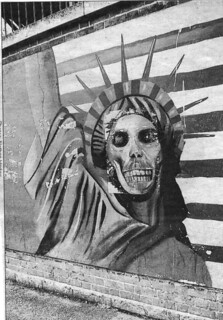 On Reality Asserts Itself Mr. Alperovitz tells TRNN Senior Editor Paul Jay, that the Vietnam War made it clear there was no way to a more rational capitalism and there had to be fundamental change. END_OF_DOCUMENT_TOKEN_TO_BE_REPLACED

Parts N and O in the Insider’s Economic Dictionary.

Neoclassical economics: The school that arose in the last quarter of the 19th century, stripping away the classical concept of economic rent as unearned income. By the late 20th century the term “neoclassical” had come to connote a deductive body of free-trade theory using circular reasoning by tautology, excluding discussion of property, debt and the financial sector’s role in general, taking the existing institutional environment for granted. (See Marginalism and Parallel Universe, and contrast with Structural Problem and Systems Analysis.)