If you don’t think much of the King of Bahrain, maybe it’s better to keep it to yourself – or else you could face 7 years in prison, thanks to some new laws to defend the monarchy. Previously, the punishment was a few days in jail, but now, any Twitter post, Facebook comment or casual disparaging word could land you a hefty term. For more RT talks to Rodney Shakespeare, Chair of the Committee Against Torture in Bahrain. READ MORE: http://on.rt.com/xweqti

END_OF_DOCUMENT_TOKEN_TO_BE_REPLACED

When Western intelligence agencies began in the early 1990s to intercept telexes from an Iranian university to foreign high technology firms, intelligence analysts believed they saw the first signs of military involvement in Iran’s nuclear programme. That suspicion led to U.S. intelligence assessments over the next decade that Iran was secretly pursuing nuclear weapons.

END_OF_DOCUMENT_TOKEN_TO_BE_REPLACED 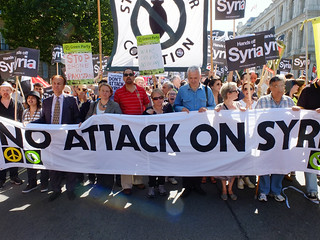