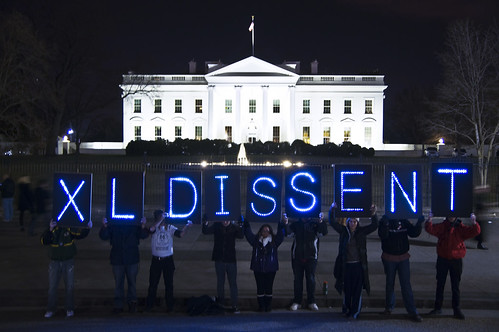 Hundreds of students demand President Obama reject the Keystone XL pipeline deal, but Obama has already fast tracked the southern half of the pipeline which is currently delivering Canadian tar sands to Texas refineries.

On March 2, 2014, over one thousand young people marched on the White House demanding President Obama reject the Keystone XL pipeline and uphold his commitment to protecting out environment. Hundreds of these students then handcuffed themselves to the White House fence in the largest youth act of civil disobedience in a generation!

Texas Supreme Court Poised to Save Planet by William Boardman