Wall Street’s big banks and their financial networks that collapsed the U.S. economy in 2008-2009, were saved with huge bailouts by the taxpayers, but these Wall Street Gamblers are still paid huge money and are again creeping toward reckless misbehavior. Their corporate crime wave strip-mined the economy for young workers, threw them on the unemployment rolls and helped make possible a low-wage economy that is draining away their ability to afford basic housing, goods, and services.

END_OF_DOCUMENT_TOKEN_TO_BE_REPLACED

Time for a new Open Forum on Dandelion Salad as the previous one is getting far too many Spam comments.

Please discuss whatever you’d like on any topic or issue.

END_OF_DOCUMENT_TOKEN_TO_BE_REPLACED 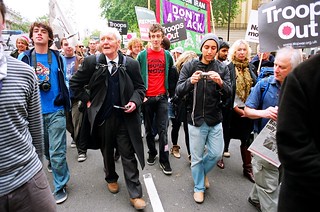