Is there anyone out there who still believes that Barack Obama, when he’s speaking about American foreign policy, is capable of being anything like an honest man? In a March 26 talk in Belgium to “European youth”, the president fed his audience one falsehood, half-truth, blatant omission, or hypocrisy after another. If George W. Bush had made some of these statements, Obama supporters would not hesitate to shake their head, roll their eyes, or smirk. Here’s a sample: END_OF_DOCUMENT_TOKEN_TO_BE_REPLACED 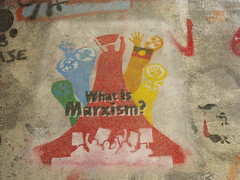 Knapp and Spector have written a superb introduction to Marxist thought, a much-needed one, since reading Marx can be a daunting task. The grand old man’s prose is often ponderous, abstract, and complex, so many readers can’t discern his full meaning. END_OF_DOCUMENT_TOKEN_TO_BE_REPLACED

An interview with Wikileaks’ Julian Assange on Western oppression of free speech, using criminal spy agencies to stop the press’ exposure of the criminal 1%.

END_OF_DOCUMENT_TOKEN_TO_BE_REPLACED 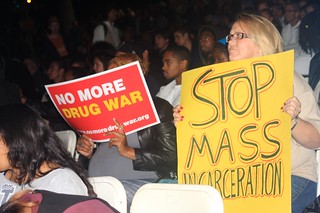