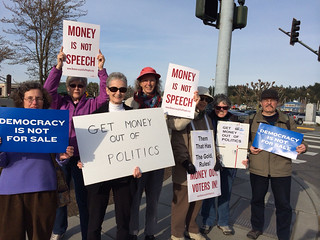 Ralph carves up Antonin Scalia and “Corporate Welfare King,” Rush Limbaugh, points out how Exxon actually made money on the Exxon/Valdez oil spill; and we discuss whether Germany actually won World War II, and the one position that Ralph took that he now regrets. END_OF_DOCUMENT_TOKEN_TO_BE_REPLACED

What follows is a rough transcript of the interview.

Press TV: Given the situation that Afghanistan has, is it a success simply that they can even hold a presidential election there?

Rozoff: That’s I think a realistic interpretation. It’s definitely a historic watershed in that, of course, this marks the smooth transition from the administration of Hamid Karzai, who has been head of Afghanistan in the entire post-Taliban, post-invasion period, to either Dr. [Abdullah] Abdullah or Dr. [Ashraf] Ghani [Ahmadzai]. It’s important I suppose in its own right, but as some of the lead-in into the story indicated, were still talking about a nation that has undergone 35 years of armed conflict, that is in tatters and that really needs international assistance of a civilian and an economic nature, rather than a military nature. END_OF_DOCUMENT_TOKEN_TO_BE_REPLACED