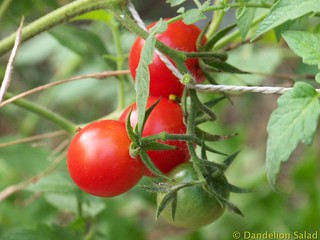 Congress is considering a bill that would override state laws requiring labeling of genetically modified foods. Called the “Safe and Accurate Food Labeling Act of 2014,” the bill would allow the Food and Drug Administration to set the standards for the labeling of foods containing genetically modified organisms, potentially eliminating more stringent standards set by individual states. Rep. Mike Pompeo (R-Kan.) introduced the legislation, saying there is no evidence foods containing GMOs are unsafe. RT’s Ameera David speaks with Elizabeth Kucinich, executive producer at GMO OMG, who believes the bill “obliterates” the progress made towards proper labeling in recent years.

Representative Pompeo (R-Kan.) has introduced legislation dubbed the Deny Americans the Right-to-Know Act (DARK Act), which would deny consumers the right to know if there are genetically engineered ingredients in their food. We need you to take immediate action and tell Congress you support mandatory GE labeling!

The DARK Act would make the failed voluntary labeling system that we have had in place over the past 13 years permanent. Since this system was put in place in 2001, not a single company has disclosed the presence of GE ingredients in their products. The bill would also prevent the FDA from ever compelling labeling in the future.

If passed, this bill would allow companies to label products containing GMOs as “natural.” What’s natural about GMOs? It would also pre-empt states from taking any legislative efforts to require GE labels while tying FDA’s hands. Now is the time to write to your congress people in support of mandatory labeling.

Fill our the form below to send an email to your members of Congress!

Agriculture in a Changing World with Noam Chomsky et al.

Monsanto, the TPP, and Global Food Dominance by Ellen Brown