When U.S. Attorney for Massachusetts Carmen M. Ortiz unsealed the indictment of a Chinese citizen in the UK for violating the embargo against Iran, she made what appeared to be a new U.S. accusation of an Iran nuclear weapons programme.

The press release on the indictment announced that between November 2005 and 2012, Sihai Cheng had supplied parts that have nuclear applications, including U.S.-made goods, to an Iranian company, Eyvaz Technic Manufacturing, which it described as “involved in the development and procurement of parts for Iran’s nuclear weapons program.” END_OF_DOCUMENT_TOKEN_TO_BE_REPLACED 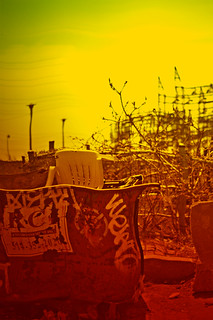 END_OF_DOCUMENT_TOKEN_TO_BE_REPLACED

But anti-fascists throughout the region continue to resist in the face of increasing repression by the U.S.-backed regime. END_OF_DOCUMENT_TOKEN_TO_BE_REPLACED

It’s been a busy week for NATO chief Anders Fogh Rasmussen. The week began with him telling lies, spewing propaganda, seeking to please Washington, trying to incite war in Europe with Russia, and ended with a warning to Russia to back down from military aggression.

Such is the busy life of a puppet on a string, bouncing in step with the tune called by his master. From here on, Rasmussen should be re-branded as the “Fogh of War.” END_OF_DOCUMENT_TOKEN_TO_BE_REPLACED