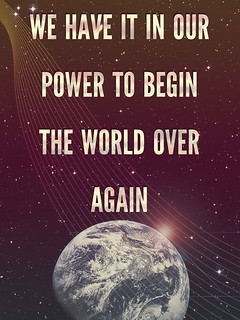 Chris Hedges, Cornel West and Richard Wolff begin a ten part series at the Left Form that will focus on the great modern revolutionary theorists. They begin with perhaps America’s only real revolutionist, Thomas Paine, who in his three great works Common Sense, The Rights of Man and The Age of Reason laid down the foundations by which rebellion is morally and legally permissible. They look at whether the conditions set by Paine have been met with the rise of the corporate state and ask whether Paine’s call for the overthrow of British tyranny should become our own.

[Hedges begins at 9 minutes into the video.]

We Are a Movement of Movements by Rivera Sun