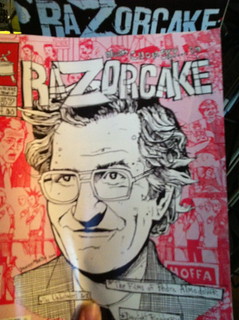 Chris Hedges speaks with Professor Noam Chomsky about working-class resistance during the Industrial Revolution, propaganda, and the historic role played by intellectuals in times of war.

Chomsky: “The system we have now is one which is radically anti-capitalist, antidemocratic and pro elite.”

Noam Chomsky: Will We Survive the 21st Century?