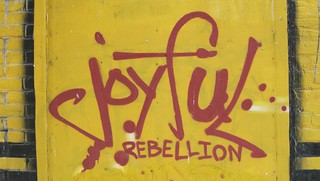 We Are a Movement of Movements by Rivera Sun