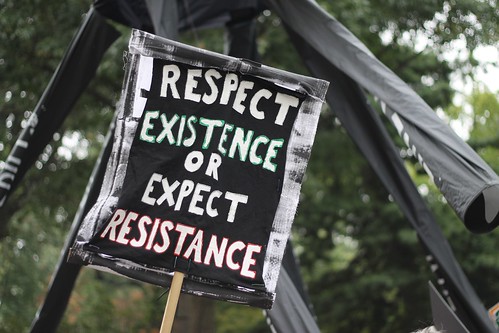 Abby Martin speaks with journalist and author, Chris Hedges, going over where the recent mass climate change demonstrations in New York fall short, as well as why he believes revolt is the only solution to restoring a functioning American democracy.

Vijay Prashad says Obama’s comments on enforcing international norms have no currency with most people around the world and are aimed at appeasing liberal Democrats.

In the wake of the rise of the Islamic State the UN Security Council has unanimously adopted a resolution demanding all member states to make it a serious criminal offense for their citizens to travel abroad to fight with extremists or support them.

The United Nations’ most-powerful body has unanimously approved a resolution aimed against jihadist volunteers who join the ranks of extremist groups. Brian Becker from the anti-war Answer coalition says that to defeat Islamic State Washington must cooperate with Damascus.

US Bombs Syria Without Congressional Approval

After the House passes a rule banning calls for a debate or vote on war authorization, critics say Obama and Congressional leadership are curbing dissent within their ranks