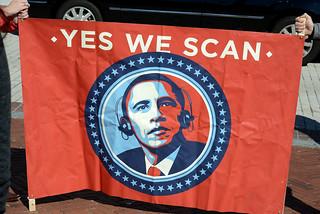 Corporations Spy on Nonprofits with Impunity by Ralph Nader