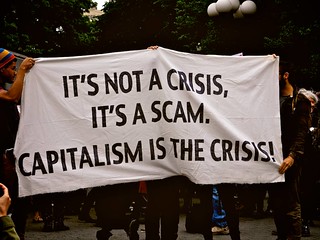 HEDGES: And a political passivity, which you say–you talk about classical totalitarian regimes mobilize the masses, whereas in inverted totalitarianism, the goal is to render the masses politically passive. And you use Hobbes to describe that. Can you speak a little bit about that?

WOLIN: Well, Hobbes is interesting because he writes in the so-called social contract tradition, and that had been a tradition which grew up in the late 16th and 17th century. The social contract position had furthered the notion that a political society and its governance should be the result of an agreement, of an agreement by the people as to what sort of government they wanted and what sort of role they wanted to play for themselves in such a government. And the social contract was an agreement they made with each other that they would create such a system and that they would support it, but they would reserve the right to oppose it, even rebel against it, if it proceeded to work contrary to the designs of the original contract, so that that became the sort of medium by which democratic ideas were carried through the 17th century and into much of the 18th century, including the American colonies and the arguments over the American Constitution as well–and especially, I should add, in the arguments about state constitutions and government.

HEDGES: And that fostering of political passivity, you have said in your work, is caused by what you were speaking about earlier, the economic insecurity, the precariousness of the position, which I think you go back to Hobbes as citing as one of the kind of fundamental controlling elements to shut down any real political activity.

WOLIN: Yes, I believe that very strongly. I think if you go back way to the Athenian democracy, one of the things you notice about it is that it paid citizens to participate. In other words, they would be relieved from a certain amount of economic insecurity in order to engage actively in politics. Well, when we get to our times and modern times, that kind of guarantee doesn’t exist in any form whatsoever. We barely can manage to have an election day that isn’t where we suspend work and other obligations to give citizens an opportunity to vote. They have to cram a vote into a busy, normal day, so that the relationship between economic structures and institutions and political institutions of democracy are just really in tension now, in which the requirements of the one are being undercut by the operations of the other. And I don’t see any easy solution to it, because the forces that control the economy control to a large extent public opinion, modes of publication, and so on, and make it very difficult to mount counter-views.

Hedges and Wolin (3/8): Can Capitalism and Democracy Coexist?

HEDGES: And when the ruling ideology is determined by capitalism–corporate capitalism; you’re right–we have an upending of traditional democratic values, because capitalist values are about expansion, exploitation, profit, the cult of the self, and you stop even asking questions that can bring you into democratic or participatory democracy.

WOLIN: I think that’s true to an extent. But I would amend that to say that once the kind of supremacy of the capitalist regime becomes assured, and where it’s evident to everyone that it’s not got a real alternative in confronting it, that I think its genius is it sees that a certain relaxation is not only possible, but even desirable, because it gives the impression that the regime is being supported by public debate and supported by people who were arguing with other people, who were allowed to speak their minds, and so on. And I think it’s when you reach that stage–as I think we have–that the problematic relationship between capitalism and democracy become more and more acute