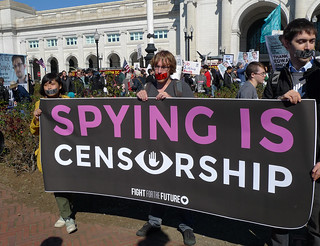 Spilling the NSA’s Secrets: Guardian Editor Alan Rusbridger on the Inside Story of Snowden Leaks

XKeyscore, The Scariest NSA Program Revealed By Edward Snowden So Far + Glenn Greenwald: If you allow this kind of surveillance, it will be abused

17 thoughts on “America’s Surveillance State, Part 3: The Press Versus The NSA”