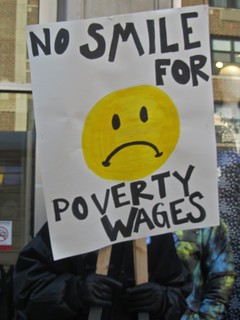 Economist Richard Wolff says workers are returning to jobs with lower wages, fewer benefits, and less job security than they had before the financial crisis hit.

The State of Workers’ Wages around the World

Economist Richard Wolff compares the stagnation of wages in the U.S. for the past 30 years to the increase in wages in emerging markets and explains why capital left America.

Noam Chomsky: Can We Save Our Democracy and History?

Rise Up America, Rise Up! by Mohammed Mesbahi

10 thoughts on “Richard D. Wolff: Employment Upswing Not Here to Stay + The State of Workers’ Wages around the World”