Look at the things we teach our children: that it’s OK to do horrible things – just don’t get caught. 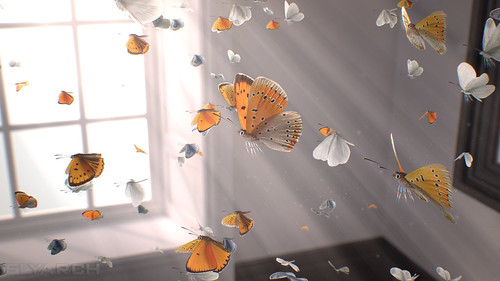 Imagine someone was caught teaching their children it’s acceptable to torture, but not acceptable to talk about it because people would then hate you. That person’s children would be taken away.

However, when the CIA tortures people for nothing more than the suspicion that they MIGHT have done something wrong (according to the “moral” code of the dominant war-machine culture) and corporate media complains about the people bringing up the issue instead of complaining about the torture itself, something is seriously wrong. We’re obviously being conditioned to accept violent, aberrant behavior and to exist in an amoral society.

Is American exceptionalism merely American expressionism? Or American Impressionism? Corporate Media paint pictures of the U.S. that no one else sees. (Of course, you’ll always have your mentally ill dystopian fantasy freaks like Glenn Beck and Rush Limbaugh who see ludicrous images that seem as if they’ve come out of dysfunctional comic books written for violently narcissistic adolescent boys who get off on hurting girls and animals – and basically anyone or anything they don’t understand).

Corporate tools like these obedient clowns of pompous ignorance have caused a desertification of culture in our society that should terrify everyone – yet they’ve become wealthy through the mass distribution of their bile sermons of irrational banter and bizarre rants.

Perhaps American Reactionism would be a better description. The talking mouths of the U.S. Fear Industry love to react animatedly to ANYTHING that supports compassion, tolerance and inclusion, then to use fear and hate speech to induce violent reactions in the masses. The better to keep people misdirected through fighting and struggling so as not to see the structures of society collapsing all around us. Even as they walk their pathetic walk of the living dead, people don’t notice their own footprints in the dust after the collapse.

Imagine a society in which more money is spent on incarcerating people than educating people. Or imagine a nation spending more of its resources on a military than on housing, food, education, energy, the environment, science, transportation and basic community services combined.

Oh wait, we don’t have to imagine that. We DO that here in the good ‘ol U S of A (according to the U.S. Office of Management and Budget).

No wonder we’ve become a nation of sterile, soulless automatons who’ll trample women and children to death for the latest new toy, but won’t take the time to exercise our constitutionally protected right to have a voice in OUR government.

Stimulating conversation has degenerated into a mindless ritual of swapping cliches. Creativity has been contaminated by the mediocrity of an obedience-obsessed desire to appeal to the largest number of people from something natural and vibrant into something barren, impotent and comfortable (making it easier to sell violence and dysfunction packaged as music, art and storytelling).

If a society loses the right to be honest, it loses the ability to distinguish truth from myth. And, it loses something vital to being human. The ability to express one’s own ideas is one of the basic necessities of civilization. Without it, we are caged animals who don’t have the sense to see our self-enforced limitations or the courage to attempt to free ourselves from certain slavery.

Censorship of any kind is a definite sign of the degradation and eventual collapse of a society. That includes the disingenuous practice of sellouts in the media being paid to “express” what appears to be dissident opinion but only goes far enough to get people to scratch the surface of their discontent. If it rings true in your caged mind but doesn’t ring true in your heart, then something is missing.

(The Truth, the whole Truth and nothing but the Truth…)

The educational system of a civilized nation would stimulate (not simulate) creative thought. It would encourage diversity instead of throwing everything into the vaunted melting pot to come up with a homogenized brew of bland sleeptalking baby food designed to instill obedience and complacency into our children.

It would tailor education to address the specific needs of all of our children instead of relying on standardized tests that are inherently biased against non-white students. Instead of fortifying the school to prison pipeline with class warfare, racist legislation, building more jails and hiring more prison guards; we could invest in quality education by using creative teaching techniques which have been shown to spark the imagination of a child. This would allow a child to enjoy learning and arouse a healthy sense of curiosity.

We need to take a close look at the drab insipidness of our current educational system and instill a vibrancy that will generate a higher level of thought worthy of a civilization. Truth can be buried by the tedium of vapidity and bland, lifeless discourse. This causes a putrifaction of the human race which inevitably leads to a lower level of consciousness. We all need to be inspired to achieve our potential.

Inspiration can come from many sources, but not from selling our minds to the highest bidder as if we’re nothing more than objects at a twisted auction of humanity. To ignore this truth and acquiesce to a barren state of stagnancy is brutally criminal for the manipulative slaveholders and suicidal for the masses who welcome it.

If truth is obscured, life loses meaning. And if hope remains dormant, freedom remains elusive. And, after all, what is life really?

If War Was Funded Like College Tuition by David Swanson

Congress Passes Austerity Budget for the Workers, Poor but Not the Military by Kathy Durkin