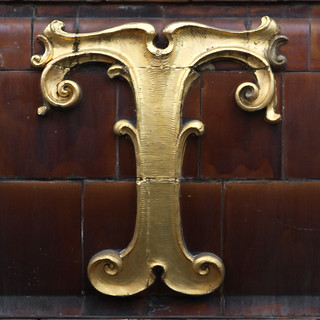 Tableau Économique: The first formal national-income account, developed by the Physiocrat Francois Quesnay on the analogy of the circulation of blood within the human body. (See Economist, Say’s Law.)

Taxation: The way in which a government gives value to money by accepting it in payment of taxes or for public services (see State Theory of Money and Chartalism). The basic fiscal-financial principle at work is that whatever revenue the tax collector relinquishes is available to be pledged for debt service. Without taxation, much more of the economic surplus would be taken by the financial sector, especially inasmuch as government money has less basis for issuing its own money and credit as the tax base shrinks.

The political maxim that taxes are what society’s victors are able to extract from the losers tends to demarcate political parties over the issue of what and whom to tax. Today, wealth and finance are being un-taxed, while the tax burden is shifted onto employees (labor and “consumers” via sales and excise taxes).

Tax shift: For most of history, taxes have been levied mainly on real property. Not only is this the most visible form of wealth, but property owners were the major class with a sufficient economic surplus to pay taxes. Since about 1980, however, taxes have been shifted increasingly off real estate onto labor via regressive sales and excise taxes, whilst cutting taxes mainly on the highest income brackets. The tax shift favoring finance and property thus leads to economic polarization and immiseration, while wage withholding for Social Security and medical insurance induces forced saving by turning taxes into prepayment of user fees for hitherto public services.

Teleology: A methodological approach (from Greek telos, “end”) depicting the existing status quo as being an inevitable and even natural end-result of past trends. The past is viewed in terms of whatever dynamics led to the present state of affairs.

Thatcher, Margaret: British Conservative prime minister, 1979-90. The daughter of a grocery-store owner, her ideology that “there is no such thing as society” favored self-made prosperous individuals. The irony of her tenure in office was that while she did not personally admire the financial sector, her privatization of public enterprises provided unprecedented windfall gains for London’s financial sector (“the City”). (See Neoliberal, Reaganomics and Social Market.)

“Tragedy of the commons”: The hypothetical tendency for users of the agricultural commons to overgraze or deplete it in the absence of organized rules governing access. The term was coined by Garrett Hardin, who later modified and largely retracted his view in a little-known article published in Robert Andelson, ed., Commons without Tragedy, as the phenomenon is not borne out by history but is largely an ideological product of privatization advocates.

Transactions cost: The expense involved in conducting transactions, such as the 3% fee charged by credit-card companies, or the money-management fees charged by stock brokers, mutual funds and pension funds. On the broadest macroeconomic level, the transactions cost of managing society’s savings includes such externalities as asset-price inflation and debt deflation resulting from steering these savings into real-estate and stock-market bubbles, diverting resources away from industry toward financial speculation.

Transfer payment: A payment from one party to another without quid pro quo, such as watered costs in the form of economic rent, interest and other payments to the financial and property sectors. In balance-of-payments statistics, remittances by immigrants back to their families in their country of origin are counted as transfer payments.

Transfer price: The administered price at which global conglomerates transfer oil, minerals or other products (including financial securities) from one stage to the next (such as from oil drilling to refineries) in their vertically organized operations, typically via ships flying flags of convenience registered in offshore banking centers. The aim of manipulating transfer prices at a central office is to take profits in countries where income-tax rates are lowest. This eliminates tax liability in Europe and North America, and avoids related regulatory and law-enforcement oversight.

Treasury: A national Treasury’s role is to minimize the cost to government of managing its fiscal policy and finances as debtor and as issuer of money. (See Chartalism and State Theory of Money.) By contrast, the role of central banks is mainly to represent creditors and to create a financial environment conducive to the commercial banking system, by shifting the monetary power out of the Treasury into their own hands and that of the central bank as their representative.

Trickle-down economics: The idea that the wealthiest layer will save and invest its money in expanding the means of production and employing more labor. This assumption is used to rationalize economic polarization resulting from a tax shift favoring the wealthiest individuals at the expense of labor, and to public subsidy of their savings. (See Factoid, Moral Hazard and Parallel Universe.)