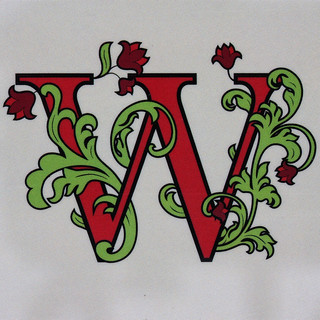 War: Economically, the major cause of national debt and inflation, and often of postwar deflations. Politically, war serves as an excuse to centralize control of government in the hands of the few, and in the Executive Branch of government.

Washington Consensus: The neoliberal “conditionalities” imposed on debtor countries by the IMF and World Bank since 1980, forcing their governments to sell off the public domain to U.S. and other international finance capital. Its greatest success was achieved in Russia after 1991, supporting the kleptocrats to privatize – and then sell off – the nation’s mineral and oil wealth, dismantle industry, and impose monetarist austerity rolling back wage levels and living standards, leading to severe depopulation and capital flight.

Watered costs: A form of fictitious costs, most typically in the form of non-production costs imposed by insiders, e.g. by “watering” stocks and bonds to siphon off dividends and interest to their holders. This practice was typical of 19th-century financial manipulators of railroads and trusts.

Watered stock: The term derived originally from cattlemen driving their herds to the market, and filling them up on water before they were weighed by the meat packers, who paid by the pound. Watered stocks were stocks that were not issued to raise money for investment, but were issued by companies already in existence to managers and other insiders. The practice became especially notorious in the gilded age of the 1890s. The counterpart today would be stock options that managers grant themselves, ostensibly as an incentive to produce earnings or otherwise raise stock-market prices. The simplest way to do this is by using corporate income to buy up the company’s own stock.

The term “watered costs” does not mean that they are diluted or watered down. Rather, they are beefed up, as in taking cattle to the watering trough before sale.

Another perspective: costs over and above labor and capital that are factored into pricing, especially of regulated monopolies such as railroads in 19th-century America. The most notorious costs are interest charges (which are treated as a cost of doing business rather than as a business decision to leverage one’s own investment), stock options and bonds issued to financial and political insiders, as well as the management and underwriting fees charged by money managers and investment bankers. Neoliberal reforms greatly expand opportunities for such pseudo-costs to proliferate.

Wealth: The linguistic root of “wealth” bears a connotation of welfare and the common weal, even as it takes the form of property claims at the expense of social well-being.

Wealth Creation: Originally referring to additions to society’s means of production, it now refers to the rising market price of stocks, bonds and other financial claims on the economy’s tangible wealth and income. Frederick Soddy sought to clarify the relationship by coining the term “virtual wealth” to refer to financial claims. (His Nobel Prize was for the physics of isotopes, not economics.) The term recently has become a euphemism for asset stripping, popularized by Federal Reserve Chairman Alan Greenspan to describe “cashing out” on the rising market price of one’s home and using the loan proceeds to increase consumption. This view depicts asset-price inflation as increasing balance-sheet net worth rather than being a zero-sum activity whose economy-wide effect is to increase the claims of some people (mainly the upper 10 percent) on the income and property of others (the bottom 90 percent) as access prices rise for homes and retirement income.

Widows and orphans: When ancient society from Babylonia through the Bible spoke of protecting widows and orphans, it was the weak who were referred to – war widows and children of men killed in fighting on behalf of their community, or who otherwise were taken out of the family context on the land.

Today, when journalists speak of protecting widows and orphans, it is from inflation eating away at the bonds in which funds for their support are invested. The widows and orphans in such cases are heirs, divorcees or former wives of the wealthy, living off their personal inheritance, trust funds, pre-nuptual contracts or divorce settlements, not wards of the state.

Windfall: The preferred (originally British) term for capital gain, an increase in an asset’s price without the owner having to exert any effort. Ricardo described windfalls accruing to landlords in the form of economic rent as crop prices rose, but the major windfalls today are rising real-estate and stock-market prices resulting from asset-price inflation. J. S. Mill called such windfalls an “unearned increment.”

World Bank: The International Bank for Reconstruction and Development (IBRD), created by the Allied Powers in 1944 along with the International Monetary Fund to finance the postwar reconstruction of Europe as a market for American exports and economic bulwark against communism. In the 1950s the Bank turned to lending dollars and other hard currencies to third-world countries to finance their export dependency. It did not make loans in local currency, and hence was precluded from promoting domestic food production by family-owned farms. The effect was to promote export monocultures that concentrated wealth in the hands of client oligarchies, and to indebt countries following World Bank advice. The ensuing balance-of-payments crisis enabled the Bank to work with the IMF after 1980 to withhold currency support (and hence, to threaten financial crises) from countries that did not agree to sell off their public domain to global investors. (See Asset Stripping, Privatization and Washington Consensus.)

World System: A view of the global economy in terms of an active economic core that shapes the periphery (typically former colonies of European powers) into debt and food dependency.

Wrong Turn: On the society-wide level wrong turns can be reversed only at a long-term cost many times more expensive than the short-term gains resulting from bad institutional structures. Among the fatal flaws that modern economic civilization has incorporated into its continuum are the irreversibility of debts mounting up at compound interest and privatization of the public domain. Debts rarely are forgiven on a large scale, leading to debt deflation, while privatization continues without regard to the consequences for long-term social stability. (See Junk Science.) 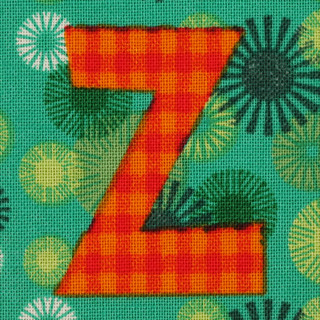 Zero-sum activity: Predatory behavior in which one party’s gain is another’s loss, so that the transaction merely transfers income or property rather than producing real output or value. Usually taking the form of economic rent and usury, such transfer payments have a negative economic influence by leading to economic polarization, favoring the rentier sectors at the expense of tangible capital formation and living standards.

10 thoughts on “W-Z: Watered Stock to Zero-Sum by Michael Hudson”