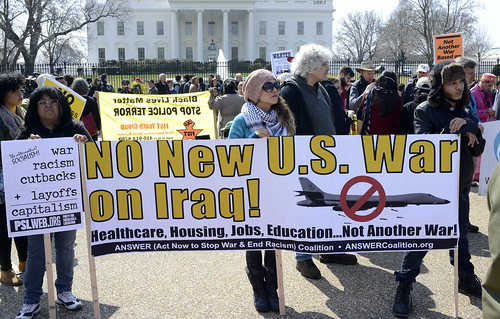 with Chris Hedges and

Over the past year at CrossTalk we have asked guests many times whether we face the specter of a new Cold War. Today it is all too obvious there is a new Cold War. What we need to ask now are the terms and conditions of this conflict and the possible outcomes.

Power does not reside in the White House; it resides in corporate headquarters – Chris Hedges

Chris Hedges, the Pulitzer Prize-winning journalist, says that the 2016 presidential race is less about choosing who to put in power and more about making Americans feel a certain way about a candidate’s ‘manufactured personality.’ Hedges talks with Alexey Yaroshevsky about conflicts that have paralyzed the Middle East and created the atmosphere necessary for the Islamic State’s rise.

Chris Hedges, A Time For Rebellion?

Chris Hedges interviewed by Joe Chuman about how bad things are and what we should do about it, with particular attention to Wages of Rebellion, Chris’s latest book. Advocacy Forum June 30, 2015 of the New York Society For Ethical Culture. Video by Joe Friendly.

The Anglo-American Insanity by Finian Cunningham

Chris Hedges on Book TV: Wages of Rebellion: The Moral Imperative of Revolt