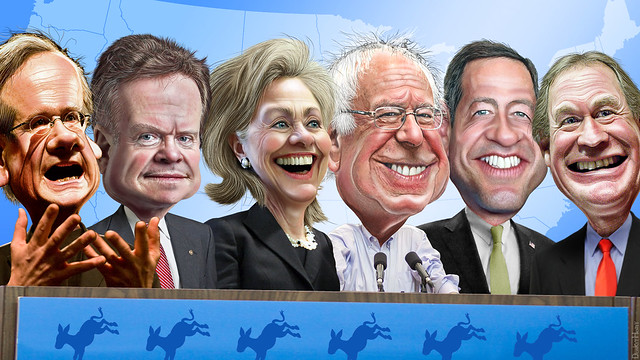 Separation of Corporation and State on Oct 14, 2015

This is the first of 6 Democratic Presidential Debates. This one is in Las Vegas, Nevada.

Regulation of Political, Electoral and Other Behaviors of Americans by the Devil-God of Capital by Fazal Rahman, Ph.D.

Sen. Bernie Sanders, I Have Some Questions For You by Lo

Life of the (wrong) party by Danny Katch

Bernie Sanders, the Democratic Party and socialism by Joseph Kishore