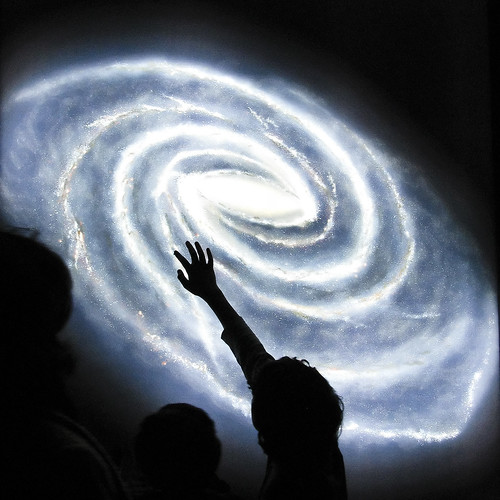 “We’re a plague on the world,” filmmaker David Attenborough.

“How can the human race sustain another 100 years?” physicist Stephen Hawking.

“The earth, our home, is beginning to look more and more like an immense pile of filth,” Pope Francis.

“What is at stake is whether we have a future at all,” U.S. Vice President Joe Biden.

In view of their statements, I would like to share some ideas I’ve collected in my 79 journeys around the sun. But first, please watch Carl Sagan’s video, “A Pale Blue Dot.”

This puts our life on that tiny planet in perspective — how insignificant we are, and how utterly stupid humans behave. Planet Earth is beautiful, still, and the only planet we know of, so far, that is habitable.

Since people of all ages are disillusioned and leaving traditional religions, there is a need for a new vision created by open-minded thinkers, based on the latest scientific discoveries. Sadly, lack of imagination by our scientists and philosophers resulted in ISIS, who filled that vacuum.

In Bill Nye’s book Undeniable (2014), he quotes what Charles Darwin said in the last chapter of Origin of Species:

“Therefore I should infer from analogy that probably all the organic beings which have ever lived on this Earth have descended from some one primordial form, into which life was first breathed.”

Why has the plain admission by Darwin, that he believed in a breath giver, been ignored all this time, which should have, and still can, change the world?

Only with honesty, truth and justice can there be a future for our species, and I don’t see any of it, anywhere.

Carl Sagan delivering an important message every person on earth should hear. Please share this message in anyway possible.

Pale Blue Dot is a photograph of planet Earth taken in 1990 by the Voyager 1 spacecraft from a record distance of about 6 billion kilometers (3.7 billion miles) from Earth, in the photograph, Earth is shown as a tiny dot (0.12 pixel in size) against the vastness of space.

Music Used: The Cinematic Orchestra – Arrival of the birds

Here is another newer version. Thanks to D for sharing it with us.

I have created this new version of the Pale Blue Dot, I am happy to share it with you here.

If liked this video, please don’t forget to share it with your friends.

Naomi Klein: This Is Violence. Inaction In The Face Of Such An Existential Threat (#COP21)

Utopia or Oblivion by Gunther Ostermann

“The Big Bang as God’s plan?” by Gunther Ostermann