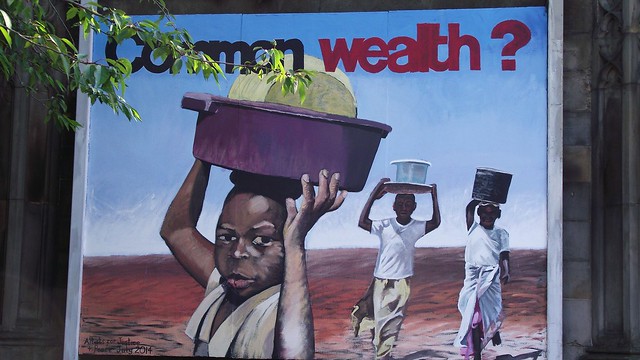 The 1% Economy: The World’s Richest 62 People Now Have as Much as Poorest 3.6 Billion

http://democracynow.org – A new report from Oxfam on global inequality finds the world’s richest 62 billionaires now own as much wealth as half the world. The wealth of the poorest half—3.6 billion people—has fallen by $1 trillion since 2010. At the same time, the wealth of the world’s richest 62 people has increased by more than half a trillion dollars. Oxfam faults a global financial system that has “supercharged the age-old ability of the rich and powerful to use their position to further concentrate their wealth.” The report singles out deregulation, privatization and offshore tax havens that have let trillions of dollars go untaxed. The Oxfam report is timed to coincide with the meeting of global elites at the World Economic Forum in Davos, Switzerland. We are joined by Raymond Offenheiser, president of Oxfam America.

Oxfam Report: An Economy for the 1%

The 62 billionaires and the truth about inequality by Michael Roberts

7 thoughts on “The 1% Economy: A Global Inequality Crisis”