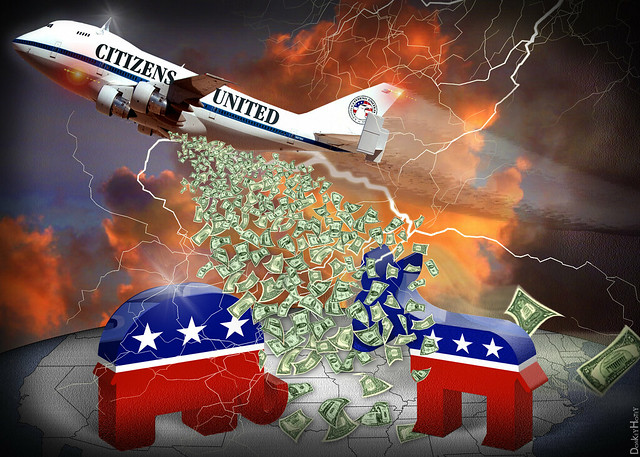 The Supreme Court has mostly completed its decimation of any anti-corruption law that might have caused any more than the slightest inconvenience for the plutocracy’s political investments. Therefore the Court has now picked up its judicial supremacy ax to perform a similar demolition of laws that regulate the other side of the corruption equation. In a decision announced on June 27, timed as one of three final opinions of its 2015-16 term, the Court turned its attention to protecting the influence peddlers – who are installed by and otherwise benefit from the now freely flowing plutocratic investments – from prosecution for their delivery of the peddled policies.

END_OF_DOCUMENT_TOKEN_TO_BE_REPLACED

The Democratic Party’s draft platform takes a government that spends over half of discretionary spending on militarism, as much as the rest of the world combined, with troops in most countries and seven wars underway, and says: Keep it going, only more so!