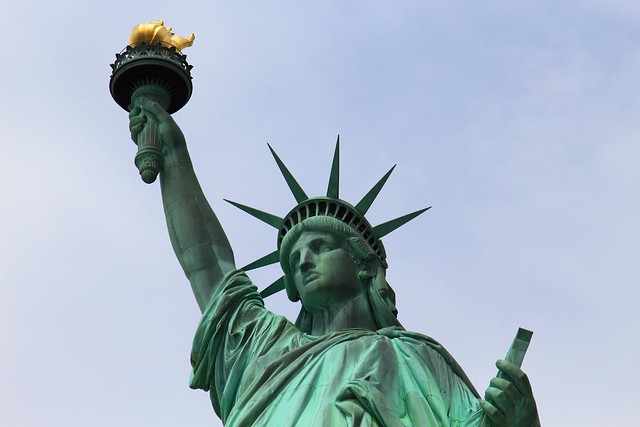 A neighbor illustrated the problem with the Fourth of July.  He broke out a new bumper sticker for his car just in time for the annual celebration.  The sticker promoted the US Navy with the slogan, “Life, Liberty and the Pursuit of all those who oppose us.”  This twisted take on the spirit of the day is a perfect illustration of the worst American chauvinism that often pushes leftists and other progressives away from the holiday.  However, as historians such as Howard Zinn have demonstrated, there are alternatives – there is a counter-narrative to American history that represents ordinary people.  The Fourth of July is the perfect opportunity to discover it.

The standard version of the American Revolution on the left is remarkably simplistic – a barely more intelligent competitor to my Navy loving neighbor.  The American Revolution was not a revolution – revolutions rapidly transform society from the bottom to the top.  This was a revolution of the slaveholders, of the landholders, of those who were well-heeled, but irked by British imperialism.  At best, George Washington and his bunch, get credit for making an anti-colonial revolt.  Leftists would be better off, the argument goes, looking to modern 20th century revolts where working class people were active participants.

While it is indeed true that the American Revolution has gone through generations of cleansing in popular thought to the point where it is now a reference point for reactionary groups like the Tea Party, something more exists to this history.  We can even start at the top, with Thomas Jefferson, the slaveholder and racist ideologue who took a slave as his mistress.  Jefferson was swept up in the revolutionary fervor of the moment and authored a draft version of the Declaration of Independence that stands as a stunningly radical indictment of British Imperialism.  Most important, this version of the document condemned slavery viewing it as, “paying off former crimes committed against the liberties of one people, with crimes which he urges them to commit against the lives of another.”  Unfortunately, this section and others originally proposed by Jefferson were removed – the section on slavery by the objections by slaveholders in South Carolina and Georgia.  Yet, the record still exists and this alternative Declaration points to much more radical ideas bubbling up from the base of society.

A bit closer to the social status of most people is George Robert Twelve Hewes.  The story of Hewes’ participation in the American Revolution was unearthed by historian Alfred Young in The Shoemaker and the Tea Party.  Hewes was a shoemaker who participated in the political mobs of Boston that gave the Revolution a popular face.  He took part in many local actions and others such as the Boston Tea Party that became central to the story of the Revolution and was prominent in a series of tar-and-feather attacks on British officials and Loyalists (American supporters of the British).  Hewes documents how these street protests often grew from attacks on privileged Loyalists to attacks on social privilege in general.  It was precisely these actions that alarmed elites seeking to place themselves at the head of the revolutionary movement.

Even ordinary people who did not engage in the extraordinary acts of Hewes were deeply impacted by the revolutionary fervor of the day.  For instance Agrippa Hull, an African-American whose life was documented in Sidney and Emma Kaplan’s The Black Presensce in the Era of the American Reovlution, served in the seemingly low positions of porter and orderly to Revolutionary War Generals.  However, doing so brought him into contact with a European version of radicalism spreading across the globe.  Hull worked for the Polish General Tadeusz Kosciuszko and used these experiences to develop an innovatively progressive take on race relations in the young Republic.

As a result of his service, Hull became an active participant in politics in his home town of Stockbridge, Massachusetts.  After his death he was described as having “no cringing servility,” always felling himself to be “every whit a man.”  He would argue with friends that “it is not the cover of the book, but what the book contains” that is important.  “Many a good book,” he quipped, “has a dark cover.”  Once, while attending a sermon delivered by a mulatto preacher, the white man who he worked for asked him, “How do you like nigger preaching?”  Hull replied “Sir, he was half black and half white: I like my half, how do you like yours?”  Perhaps it was the influence of Hull that moved Kosciuszko to donate land given to him in recognition of his service to local African-Americans who wished to set up a school for children.

Finally, well after the American Revolution had ended, a different sort of patriotism lingered on – what one historian friend of mine called Emma Lazarus patriotism.  Lazarus was a poet and political radical who dedicated her work to forcing America to live up to the lofty ideals it espoused.  Her poem The New Colossus that adorns the inside of the Statue of Liberty epitomizes this sentiment.  America she seems to argue, can be more than just another nation, it can be a place of refuge that welcomes all people, “From her beacon-hand, Glows world-wide welcome.”  And those that are welcome are not just the elites with private jets or the highly coveted white collar workers, but ordinary folk, “The wretched refuse of your teeming shore. Send these, the homeless, tempest-tost to me.”  Lazarus’ poem is reminder of how far the current immigration policies and endless war on terrorism fall from this ideal.

The influence of Lazarus was felt long after her death and spread beyond just one poem.  As John Nichols demonstrates in his recent book The S Word: A Short History of an American Tradition…Socialism, generations of left-wing activists identified themselves with the radicalism espoused by Lazarus.  She became a rallying point for those interested in supporting campaigns for justice among the poor, especially in communities of recent immigrants.

This Fourth of July there are some alternatives.  Although a recent Harvard University study said that children exposed to a Fourth of July celebration are 2% more likely to become Republicans, we can imagine a different sort of celebration.  To get there, we can begin by recognizing that the interpretation of history is a struggle.  My navy loving neighbor, although he may not be conscious of it, is engaged in this struggle.  Leftists should be equally engaged by acknowledging the great contributions made by people like George Hewes, Agrippa Hull and Emma Lazarus.  We should celebrate the right to dissent and the duty to wage war against social privilege.  “Life, Liberty and the Pursuit of Happiness” are lofty goals which can serve as a basis for politically radical ideals in the present.  So, this Fourth don’t shy away from a celebration: bring George, Agrippa and Emma along with you.

Billy Wharton is a writer, activist and the editor of the Socialist WebZine. His articles have appeared in the Washington Post, the NYC Indypendent, Spectrezine and the Monthly Review Zine. He can be reached at whartonbilly@gmail.com. Become a FAN on Facebook.

Untold Truths About the American Revolution By Howard Zinn